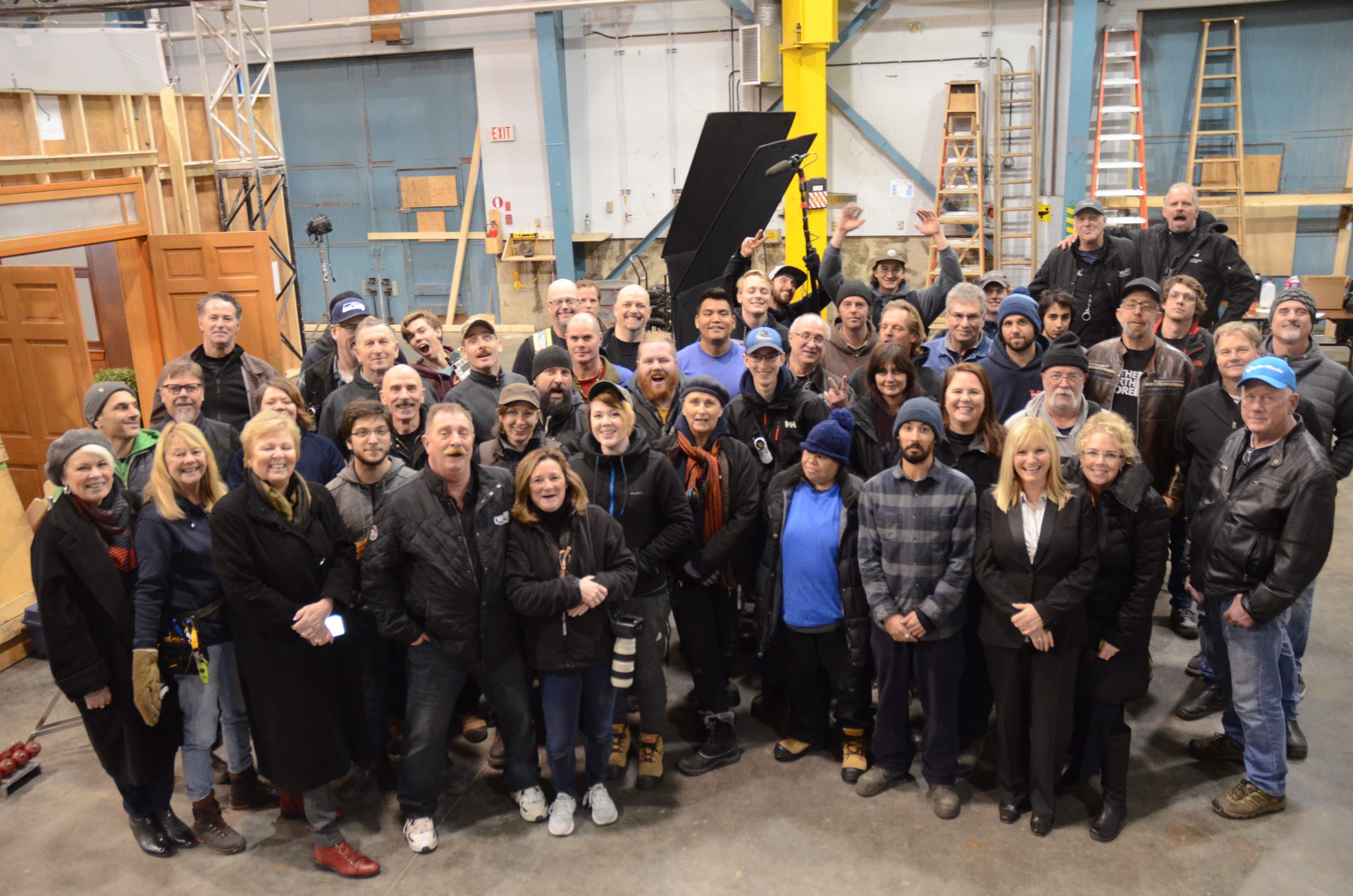 PARKSVILLE, BC- Students at North Island College marked the end of their program this week.

The students were part of the school’s first TV and Film Crew Training program, which took in more than 135 students aiming for careers in the TV and film production industry. The school marked the moment by unveiling two newly-built professional sets on Friday, built by NIC students, down at Vancouver Island Film Studios in Parksville.

“We are incredibly proud of what these students were able to accomplish in just a few weeks,” said film grip instructor Jeff Smith, in a news release.

“I expect to see many of them working and earning solid wages on film or TV projects right here in BC.”

NIC had put the program in place last year, after both the federal and provincial governments dedicated close to $500,000 to the idea.

“Delivery of this training was possible due to local experts, industry and government partners who have been instrumental to this project’s success,” said Cheryl O’Connell, NIC’s dean of trades and technical programs, in the release.

“Together, we have created a program that helps to develop a regional workforce ready, qualified and excited to advance their careers in the world of TV and film”.

The Vancouver Island North Film Commission was said to have played an essential role in helping NIC develop the program. According to their commissioner, Joan Miller, a lack of local, qualified crew has been a barrier to attracting a wide range of film projects to Vancouver Island.

“We all had a stake in this program’s success,” said Miller, in the release. “To quote a colleague from the film industry, ‘Supporting this program is a no brainer.’”

Students had instruction in film grip, set lighting, and production assistant training, with the first group of graduates finishing their training in Campbell River last fall. The second group finished in the Parksville area.