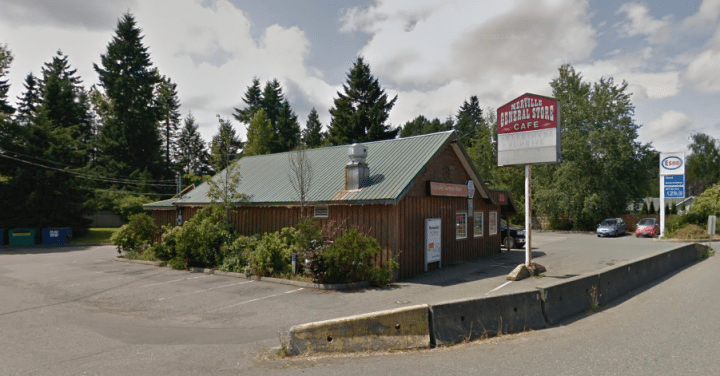 Late last week, news broke that the Merville General Store was owed close to $30,000 in rent by the Canadian postal service, with the dispute stemming from an expired lease in 2013.

While 98.9 The Goat has not yet reached the store or Canada Post for comment on the matter, North Island-Powell River MP Rachel Blaney discussed the issue on Monday afternoon.

Blaney said that the store has done an incredible service by having the postal service available on-site.

“It’s a good benefit to the community (to have the store) said Blaney.

“However, the sad part is that Canada Post has not been paying it’s rent, and so now I think the cost is up to $29,000 in arrears.”

She said the owner of the shop had been working with her office, and that she had been aware of it for “several weeks”. Blaney stated her office had been sending letters to the minister for Canada Post, as well as making phone calls to the postal service.

“It sounded in the beginning like they (Canada Post) weren’t sure what was happening, and didn’t know,” said Blaney.

“We’ve had to educate them and let them know what the circumstance is, and we’re just not getting a lot of feedback and information yet. We’ll continue to do that work.”

Blaney also said she wasn’t sure of where “the mistake” was happening.

“I’m really happy that this is coming to the forefront though,” said Blaney.

“I think Canada Post needs to know that they’re not paying one of their bills. It’s a significant benefit to that region in Merville, and paying your bills, most people do that. It would be good to have Canada Post doing that as well.”