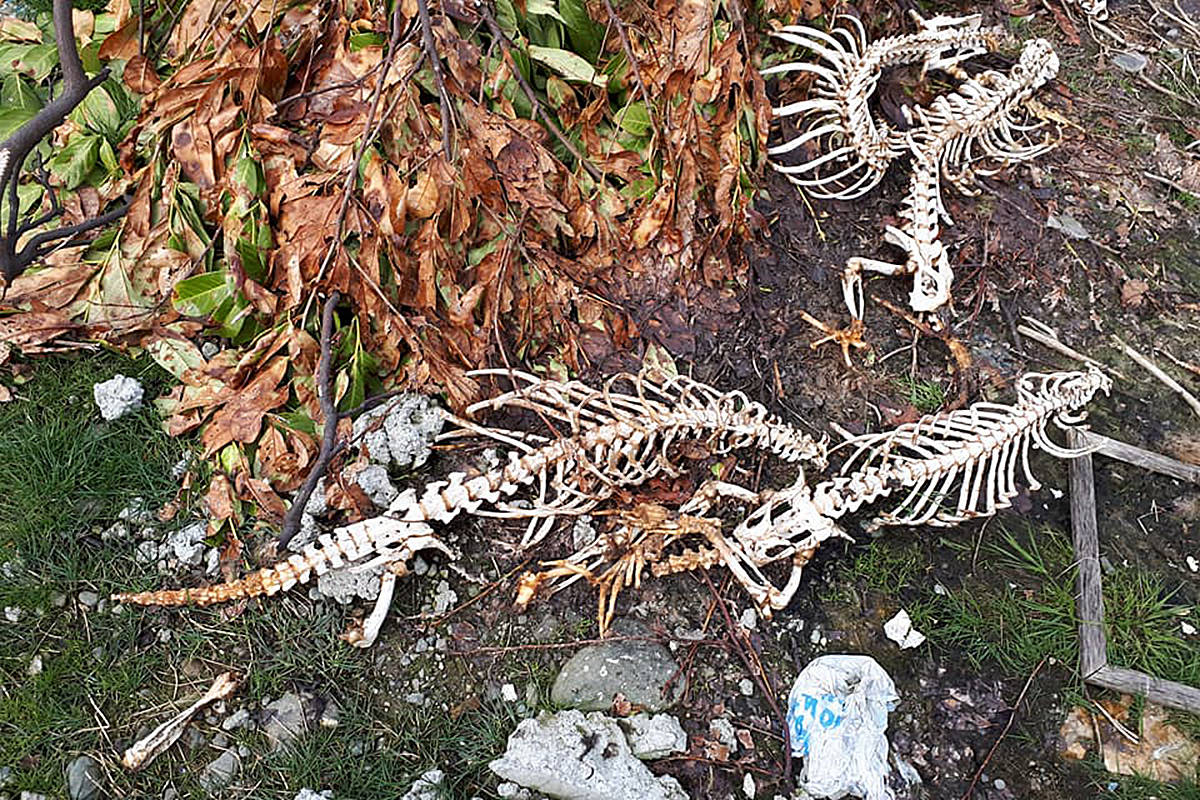 CAMPBELL RIVER, B.C.- It was a bit of a grisly discovery for a man out for a motorcycle ride.

Rick Perry says he came across a dumping ground full of animal skeletons west of Campbell River. He found the bones last Friday on the Duncan Bay Main logging road. Perry, who’s from Powell River, shared pictures of the remains on social media.

There was a variety of skeletons, including bear, deer and elk, but there also appeared to be around 20 dog skeletons. In an interview with CTV Conservation Officer James Hilgemann said they were likely wolves or cougars. We’re in the middle of hunting season for those two animals.