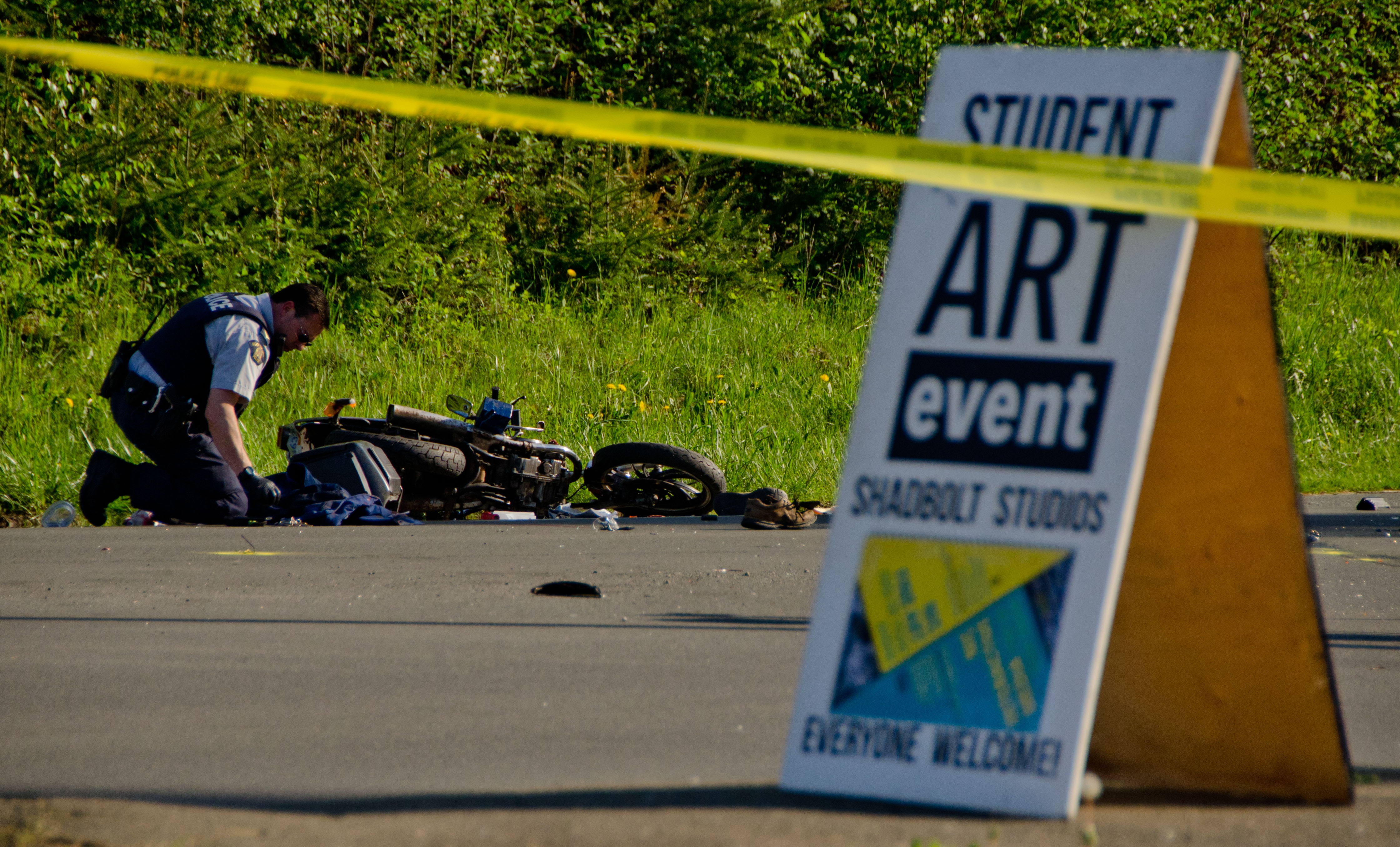 COURTENAY, B.C- A resident of the Comox Valley has been identified as the man killed in Tuesday’s motorcycle crash in Courtenay.

According to a news release from the local RCMP detachment, the crash took place around 4:15 p.m. at the intersection of Ryan Road and Cowichan Avenue, after a 60 year old Comox man struck a transit bus.

“While the investigation is only in the preliminary stages, investigators were able to speak with numerous witnesses,” the release states.

“They have been able to determine the deceased male was driving westbound on Ryan Road in the right turn only lane when for unknown reasons he proceeded to change lanes and continued west, colliding with the broadside of a local transit bus.”

The man deflected off the bus, and the bike landed in the ditch of the northbound lane. Emergency services rushed the man to hospital, with an air ambulance called in, but he died prior to being airlifted.

The bus driver remained at the scene of the crash, and cooperated with investigators. While the driver did not suffer any injuries, one passenger was taken to local hospital for minor injuries.

The intersection was closed for several hours while the RCMP’s Integrated Collision Analyst and Reconstruction Service, the Comox Valley Municipal Traffic unit, and the BC Coroners Service examined the scene.

“The nice weather has finally arrived in the Comox Valley and we are urging all motorists to be patient and mindful of additional traffic on our roads” said Corporal. Brad Matchett of the Comox Valley RCMP Municipal Traffic Section, in the release.