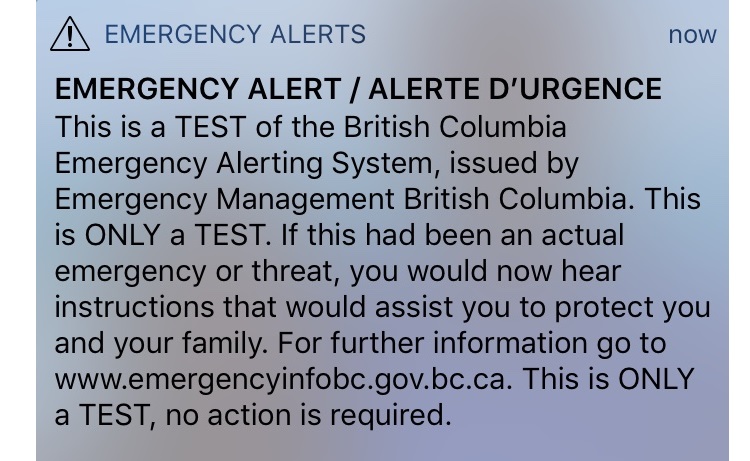 Emergency Alert Ready sent out an a tone that sounded like an ambulance, an eight-second vibration, and a text alert saying that it was just a test.

Although many British Columbians received the alerts, many others did not.

According to a press release from Emergency Management BC, those results were similar across the country.

The test is an opportunity to find these issues in the system before a real emergency.

The next step in the process is to address those problems before the official launch of the expanded Alert system in June of this year.

To find out if your wireless device is compatible with the Alert Ready system, visit: www.alertready.ca

PreparedBC is a one-stop shop for disaster readiness information. For tips on how to prepare an emergency plan and what to include in an emergency kit, visit: www.gov.bc.ca/PreparedBC