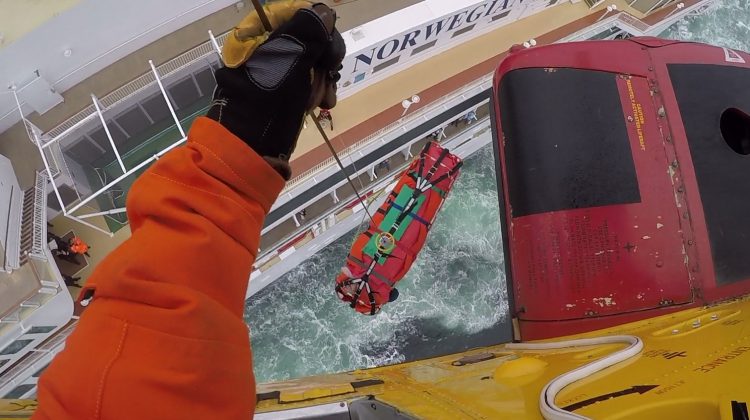 PORT HARDY, B.C- A passenger on a cruise ship near Port Hardy was airlifted to hospital yesterday afternoon.

According to a news release issued by 442 Transport and Rescue Squadron out of Comox, the Joint Rescue Coordination Centre (JRCC) tasked the medevac to the squadron. The passenger had a medical condition which required immediate transfer to a hospital.

The cruise ship had been enroute from Vancouver to Alaska, and was drawing close to Haida Gwaii at the time of the call. A CC-115 Buffalo plane and a CH-149 Cormorant helicopter were sent to the call, and the cruise ship turned towards Port Hardy to reduce the travel distance for the aircraft.

“On arrival at the ship, at sea north of Port Hardy, SAR Techs were lowered to the ship to prepare the patient for transfer,” read the military statement.

“The patient was subsequently hoisted to the helicopter. A nurse from the ship’s company accompanied the patient during the transfer.”

The patient was flown in the Cormorant back to Comox, and transferred to an air ambulance for a flight to Nanaimo.

“These aircraft and their highly trained crews are ready to respond to search and rescue missions on a 24 hour basis.”

The Victoria rescue area covers 1.4 million square kilometres of terrain in B.C and the Yukon, as well as 600 nautical miles offshore into the Pacific Ocean.