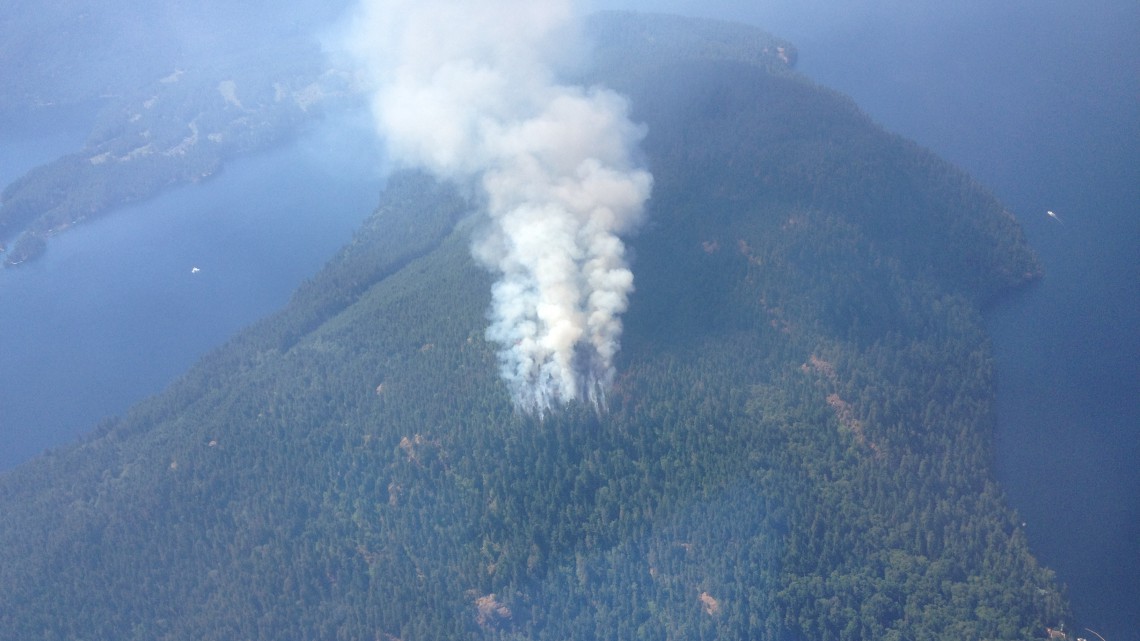 PARKSVILLE, B.C- In the last few days, the Coastal Fire Centre has responded to more than double the lightning-caused fires seen in the entire 2017 season.

There have been 20 lightning-caused fires since Wednesday, which is up from the 10-year average of seven and more than double the nine lightning-caused blazes on the coast last fire season.

There have been 48 human-caused fires, which is higher than the 10-year average of 38, but Fire Information Officer Donna MacPherson says British Columbians have been responsible and need to keep it up.

Sixty-eight fires have sparked in the Coastal Fire Centre thus far this season, the largest active blaze is in the Mount Vernon area south of Woss (estimated five hectares).

Many of the fires are in remote areas on the top of mountains and crews are using hover exiting techniques to battle these blazes.

Hover exiting consists of leaving a helicopter without it landing; crew members head out onto the side-runners and the chopper takes them down until their feet touch the ground.

Four fires sprang up near Courtenay in recent days, as well as two northeast of Campbell River. The current fire distribution in the North Island area is pictured below. 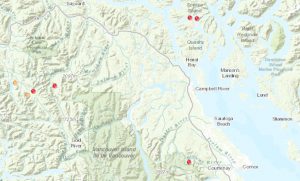 An updated map can be viewed here: https://governmentofbc.maps.arcgis.com/apps/MapSeries/index.html?appid=ef6f11c8c36b42c29e103f65dbcd7538