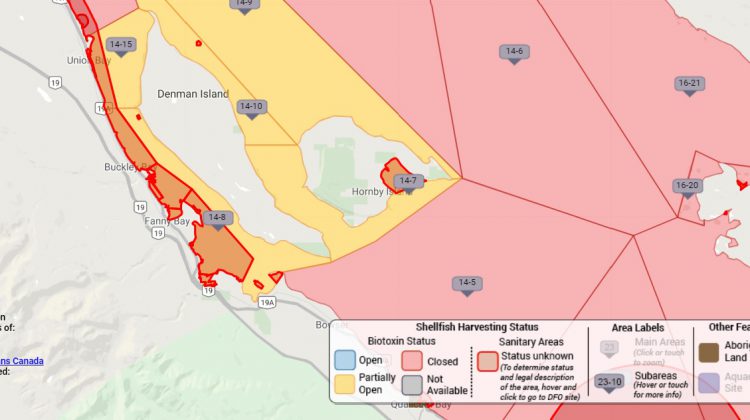 Back in March, British Columbia’s Centre for Disease Control issued warnings to consumers of raw shellfish after a spike in norovirus cases linked to BC oysters.

“Since early March 2018, approximately 40 cases of acute gastrointestinal illness have been reported to public health authorities in BC,” read a statement from the BCCDC, issued at the time.

“All of the ill people reported consuming raw BC oysters. Laboratory testing has confirmed the presence of norovirus in some of the cases and it is suspected in the others. The investigation is ongoing.”

The Department of Oceans and Fisheries (DFO) closed two oyster farms implicated in the outbreak. While the names of the farms are not listed, a farm near Denman Island’s west coast was closed down on March 23 and another in Deep Bay was closed on April 5.

The farm off Denman Island is now clear to resume operations, after the DFO lifted the restriction this week.

According to Elysha Gordon, a resource management biologist with DFO and a coordinator with the Canadian Shellfish Sanitation program, the closure was lifted after testing and a time limit of 60 days for norovirus testing was passed.

“We just always remind everyone that they check for sanitary closures and biotoxin closures,” said Gordon.

“An area has to be open for both of those types of closures before they’re able to harvest.”

She encouraged anyone planning to harvest oysters and other kinds of shellfish to check the DFO website for closure information.

A map of closures is available from the BCCDC here and more information can be found on the shellfish section of the DFO website.