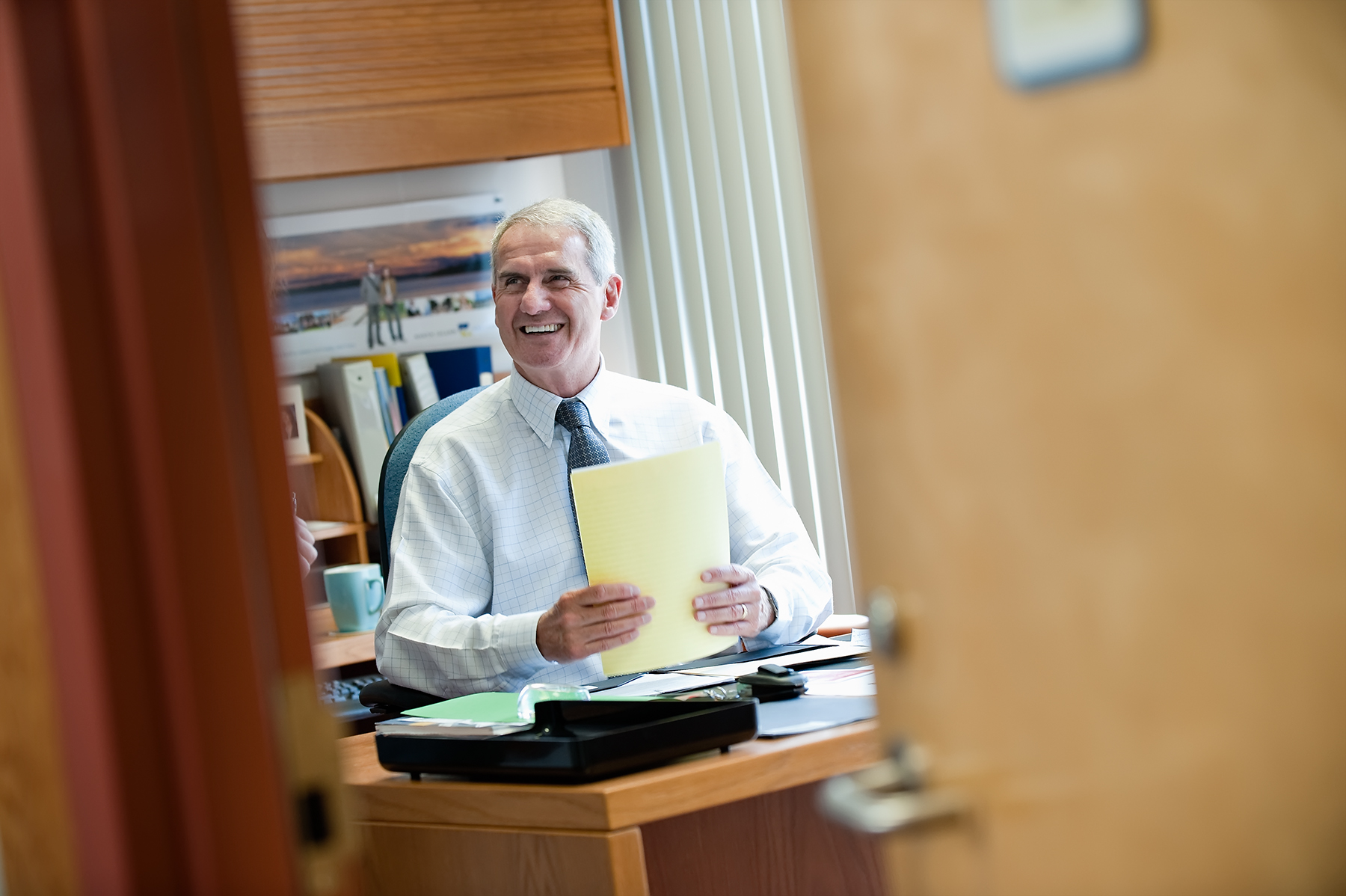 Dryden was NIC’s third president, and worked at the school for 12 years from 1997 to 2009, according to a release from the college.

“We are deeply saddened to hear of the passing of long-time friend and colleague Dr. Lou Dryden and express our sincere sympathies to his wife Paula, children Clare, Nikki and Lee and grandchildren,” said NIC President John Bowman, in the release.

Dr. Louis J. Dryden “Lou” will be sadly missed by his family and friends, spread across two continents in the countries he called home. Born in Sydney, Australia on October 22, 1944 Lou spent almost 45 years in western Canada before returning to Australia several years ago where he passed peacefully in his home in New South Wales on the 17 of June 2018.

The outpouring of support for Lou from his family, friends and colleagues has been the same: Lou Dryden was a kind man (but fierce on the rugby field!) who was humble, generous and committed to helping others through education and sport.
After his first few years in Sydney, Lou’s family moved to Gunnedah, New South Wales where he was raised by his widowed mother. Lou was a devoted son who came from very humble beginnings. He found his way at the local pool, where future Olympic coach Eric Arnold taught him to swim, how to work hard and how to be a young man. He excelled in local swim competitions, his best event the 440-yard freestyle and was often named local sportsman of the week.

He was also a top rugby league player who switched to union while at Sydney Teachers College where he won a scholarship. It was there he first laid eyes on his sporty wife Paula and the two were married in 1966. Not to be outdone by Paula, who was one of Australia’s top sprinters, Lou also played for Randwick for several years in Sydney, including First Grade in 1968, 1969 & 1970.

Like many Aussies of the day, Paula and Lou headed for adventure in Canada in 1970, teaching in Calgary and doing more schooling. Lou had always seen education as a way out of his modest beginnings and he was awarded a PhD in Educational Administration in 1976. During this time, he also played rugby for the University of Calgary Stags as well as represented Canada in 1971 & 1972. Paula brought her netball skills to Team Canada during this time as well.

In 1975, Nikki was born and they moved to Ladner near Vancouver where Lee was born in 1978 before settling in Victoria on Vancouver Island. Lou’s parenting style centered around sports; there was rarely a weekend when the family wasn’t playing sports, watching elite sports around town or catching games on TV. Wide World of Sports, American football and Hockey Night in Canada were always on and Sports Illustrated magazines dominated the home. Lou’s pep talks always ended in “Go get ‘em Tiger!” and his cheers and screams on the sidelines of soccer and rugby fields and poolside supported and pushed Nikki and Lee to athletic greatness, with Nikki swimming for Canada in two Olympics and Lee racing for Canada in triathlons around the world. He was also a big promoter of education with his kids as well as his students.

Lou spent 18 years at Camosun College in Victoria, starting as a director and finishing as vice president. In the mid-90s he was also special advisor to the British Columbia Labour Force Development Board, getting to work with his best mate, Lee Doney. During this time, Lou was also selected as an educational strategic planning consultant to various countries around the world, helping governments such as the newly post-apartheid South Africa, Thailand and Jordan.

Lou and Paula moved to the Comox Valley where Lou hit his stride as president of North Island College from 1997 to 2009. During this time, Lou was instrumental to major physical expansions at the college. In addition to breaking ground on new buildings, under his leadership NIC expanded their nursing program to a four-year degree, created fine art degree partnerships, launched BC’s first applied business degree and launched a Professional Cook program.

Lou also helped create opportunities for women and Indigenous peoples leading partnerships with the Haahuupayuk First Nation to offer the Nuu-chah-nulth language in two dialects and appointing NIC’s first female Director of Aboriginal Education, a member of Snuneymuxw First Nation. He supported scholarship programs for deserving students and continued to donate to the NIC Foundation where the $1,000 Dr. Lou Dryden Student Success Bursary is awarded each year. At his retirement from NIC, he raised significant funds for the Dr. Lou Dryden Library Enrichment Fund.

In 2008, Lou was humbled to be appointed Honorary Colonel of 19 Wing Comox and excited to fly in a Snowbird! He was also honoured for his contributions to Canada in 2002 with a Golden Jubilee Medal from Her Majesty the Queen.

His rugby days behind him, both Paula and Lou took up skiing, marathon running and then triathlons and he remained very active throughout his entire life, taking up Yin Yoga over the last few years and spending many an hour watching his beloved Wallabies and Waratahs play.

Lou had a rough few years, battling Motor Neurone Disease (known more commonly by one subset, ALS or Lou Gehrig’s disease) and Multi-System Atrophy. He also underwent prostate cancer treatment and suffered a host of uncomfortable side effects. Lou was tough as guts and rarely complained, probably to his detriment.
Lou passed peacefully in his own home, built just a few years ago at MacMasters Beach on land held dearly since the ‘60s. A dream of Lou’s was to retire at Macs and that was made all the better when he was surrounded there by his wife, children and grandchildren who will remember their Husband, Dad, G’Pa and Gigi as a gentle-man, an avid sportsman, a great friend and their biggest fan.

In lieu of flowers, NIC said the Dryden family would “be grateful for any size donation to ALS Canada or Motor Neurone Disease Australia.”