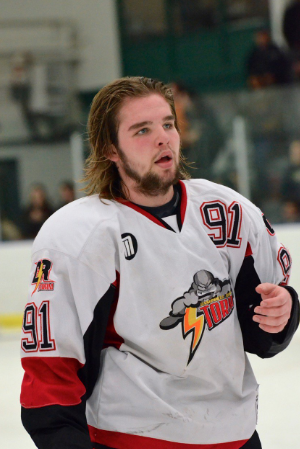 21-year-old forward Gavin Rauser has announced his commitment to the Vancouver Island University Mariners for the 2018/2019 campaign.

He’s spent the last three full seasons with the BCHL’s Powell River Kings. Before that, he suited up for the VIJHL’s Campbell River Storm, making the transition to the BCHL during the 2014/2015 season, where he played in seven games with Powell River.

This past year, the Campbell River-born skater scored 11 goals and recorded 22 assists over 43 games with the Kings.

Photo caption: Gavin Rauser will suit up for the VIU Mariners next season. Photo courtesy the Campbell River Storm on Twitter.