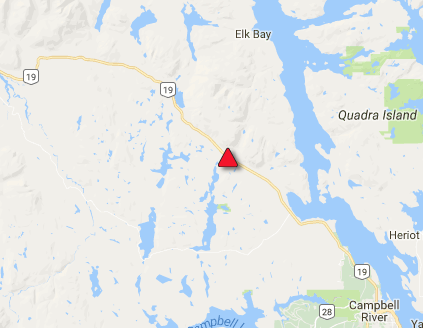 CAMPBELL RIVER, B.C. – One man is dead following a two-vehicle accident that shut down a part of Highway 19 on Tuesday.

RCMP stated that a car headed northbound on the highway near Brown’s Bay, north of Campbell River, crossed the centre line of the road and crashed head on into a pickup truck headed southbound.

The man driving the car passed away, while the driver of the truck was sent to hospital. The extent of the truck driver’s injuries have not been released.

The vehicle accident resulted in the closure of Highway 19 from Campbell River to an area about 25 kilometres north.