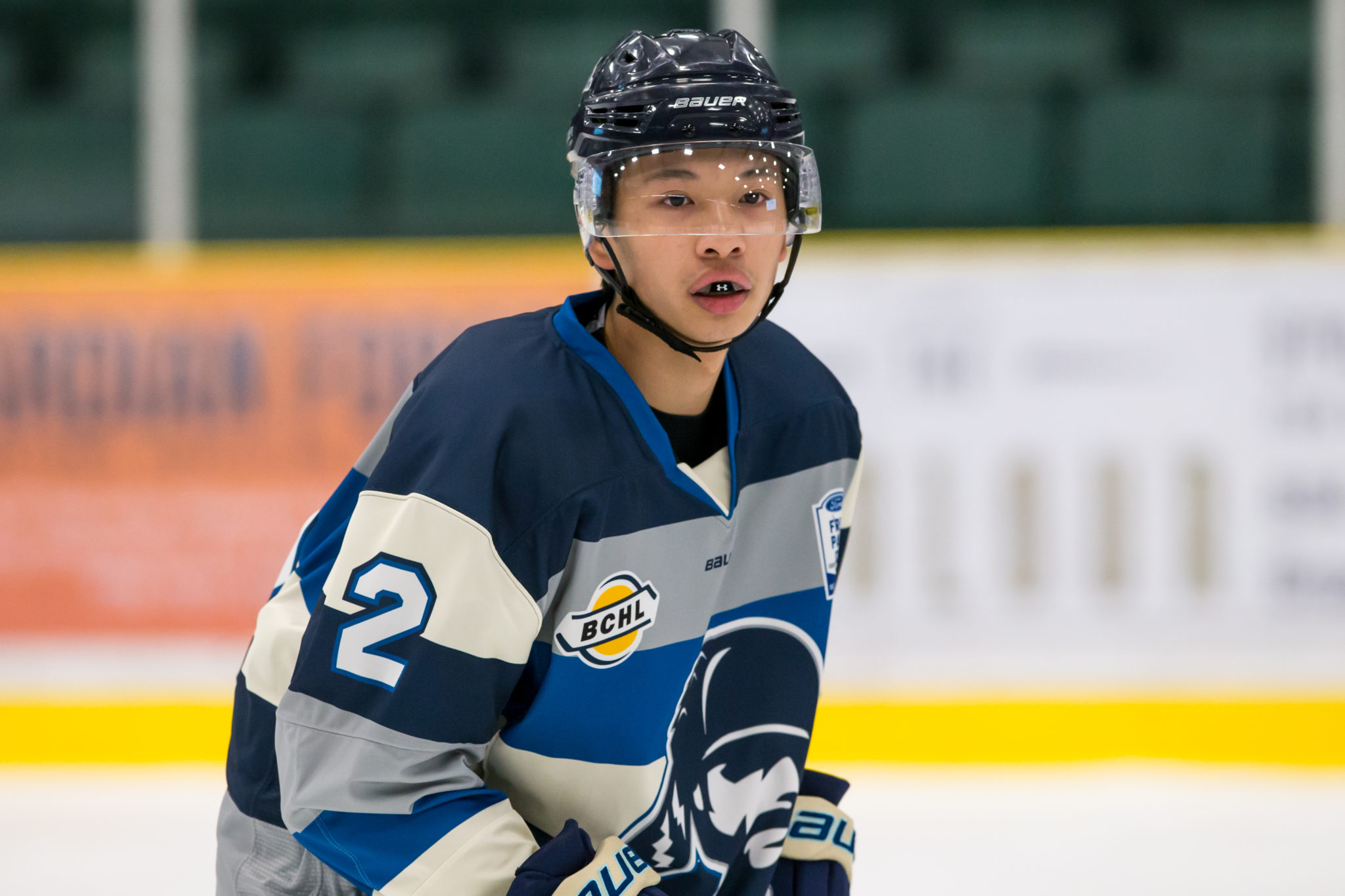 POWELL RIVER, B.C- A new player has been added to the Powell River Kings roster.

According to a news release from the team, Jayden Lee of the Langley Rivermen has been acquired in a swap for defenceman Mason Snell, who will be heading to the Penticton Vees.

“Lee, a 5’8, 175lb blue liner from North Vancouver skated in 29 games with the Rivermen last season, scoring a goal and adding four assists in his rookie year,” read the release.

“Prior to playing with the Rivermen, Lee played a full season with the Burnaby Winter Club Prep team in 2016-17 and lead all defencemen in scoring 4 goals and 18 assists in 28 games.”

The King’s general manager and head coach, Tyler Kuntz, said that he got exposure to Lee during a coaching stint with Team BC at the U16’s.

“Lee is a smaller guy, but he’s a warrior who played a lot of minutes against the best players,” said Kuntz.

“He’s incredibly smart, an elite defenceman at that level, he responds well to challenges and feedback and I’m looking forward to working with him in Powell River.”

Snell had been acquired earlier in the off-season from the Wellington Dukes.

“The Kings would like to extend a warm welcome to Jayden ahead of the Kings 30th Anniversary season,” stated the release.