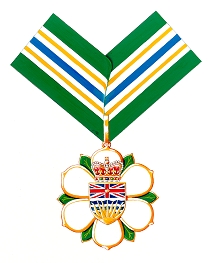 VICTORIA, B.C. – 14 exceptional civic leaders have been appointed to the Order of British Columbia.

The award is the province’s highest form of recognition for a commitment to meaningful work that leaves a lasting legacy.

For the past 16 years, the council has been instrumental in First Nations language preservation and revitalization in B.C.

“I guess my legacy will be that Indigenous peoples voices are finally being heard as they tell their stories through songs, art, music and exhibitions, and also that our history is being told,” Herbert said.

Herbert has served in the public service for more than 30 years in the areas of health education, employment, community development and strategic planning.

Denman Island’s Bill Millerd was also named to the order. He has worked for over four decades helping develop theatre programs in the province. He helped the Arts Club Theatre Company become the third-largest theatre company in Canada.

Since its inception, 432 British Columbians have been appointed to
the order from all regions of the province.

For more on the Order of British Columbia, visit orderofbc.gov.bc.ca.