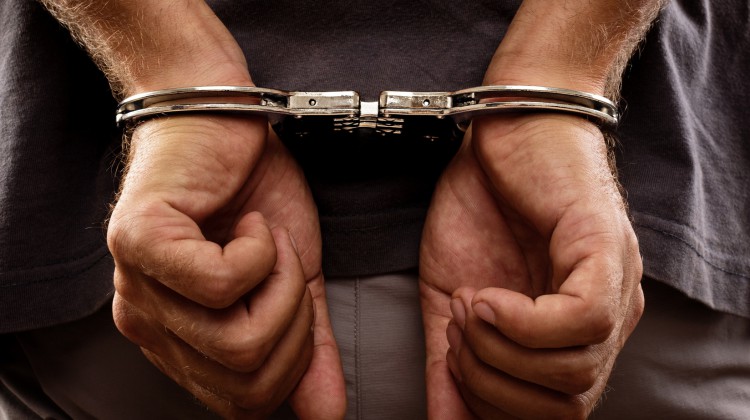 Close-up. Arrested man handcuffed hands at the back

In the Comox Valley, a brutal attack on a family pet has led to charges of animal cruelty against a Cumberland man…this after a recent BC SPCA investigation.

Lee Wood has been charged under the Criminal Code of Canada in the case.

SPCA officials say the small dog named Treasure, who was owned by Wood ‘s mother, suffered severe blunt force trauma and sustained fractures and hemorrhaging to the skull and neck in the attack on June 9th.

Wood is back in court September 10th in Courtenay.

If convicted, the accused faces a maximum fine of $10,000, a jail term and a potential lifetime ban on owning animals.