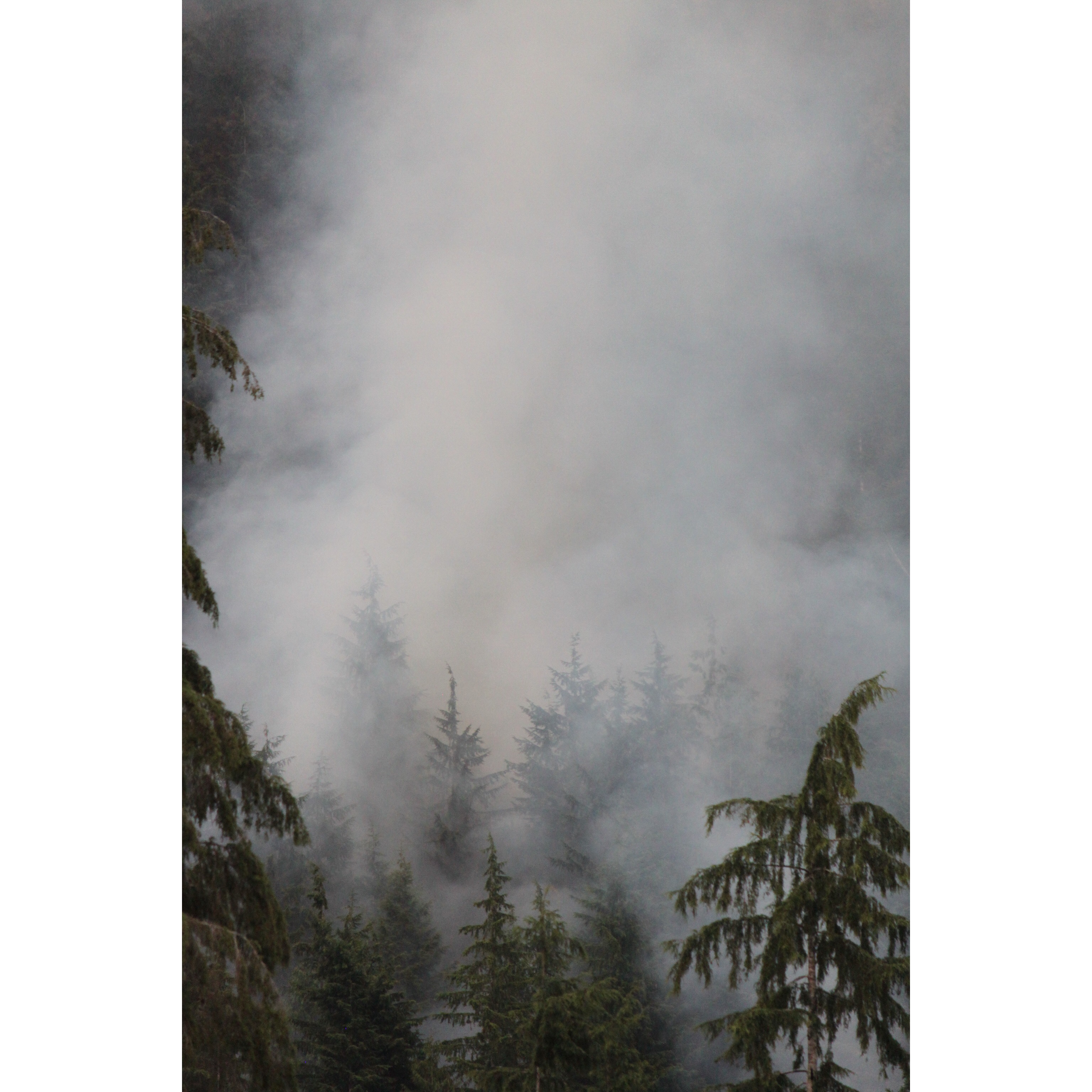 ZEBALLOS, B.C- A pair of wildfires are still burning out of control near Zeballos tonight.

A state of emergency has been declared in the North Island village, with a fire called Gold Valley Main burning down a steep bluff into the outskirts of the community today. A fire near Pinder Creek is also blazing near the only road connection to the rest of Vancouver Island.

The Gold Valley Main flames had lit up on the outskirts of Zeballos yesterday. As of this evening, it is estimated to be 29 hectares in size. It is burning in steep ground, which is unsafe to access for firefighting.

The village has issued an evacuation alert for the east side of the community, and efforts were being made to spray down structures and the outskirts of the forest.

A total of nine firefighters and one helicopter are in place from the BC Wildfire Service, and the fire is not believed to be an immediate threat to the community. However, it is slowly backing down the slope, driven by burning debris rolling down.

No containment status is listed for the fire.

The Pinder Creek fire has been burning since Saturday, and has grown to 105 hectares. It is listed as ten per cent contained, with 14 firefighters and one piece of heavy equipment in use.

The road to the village remains open, according to the provincial wildfire service, and is a priority for the fire crews.

Both fires are believed to have been caused by lightning, and no evacuation orders have been issued beyond the alerts.

Coverage on both fires will continue as more information becomes available.

IMAGE CAPTION: The Gold Valley Main fire is pictured on August 16th, 2018, in a photo supplied by Corinne Egginton.