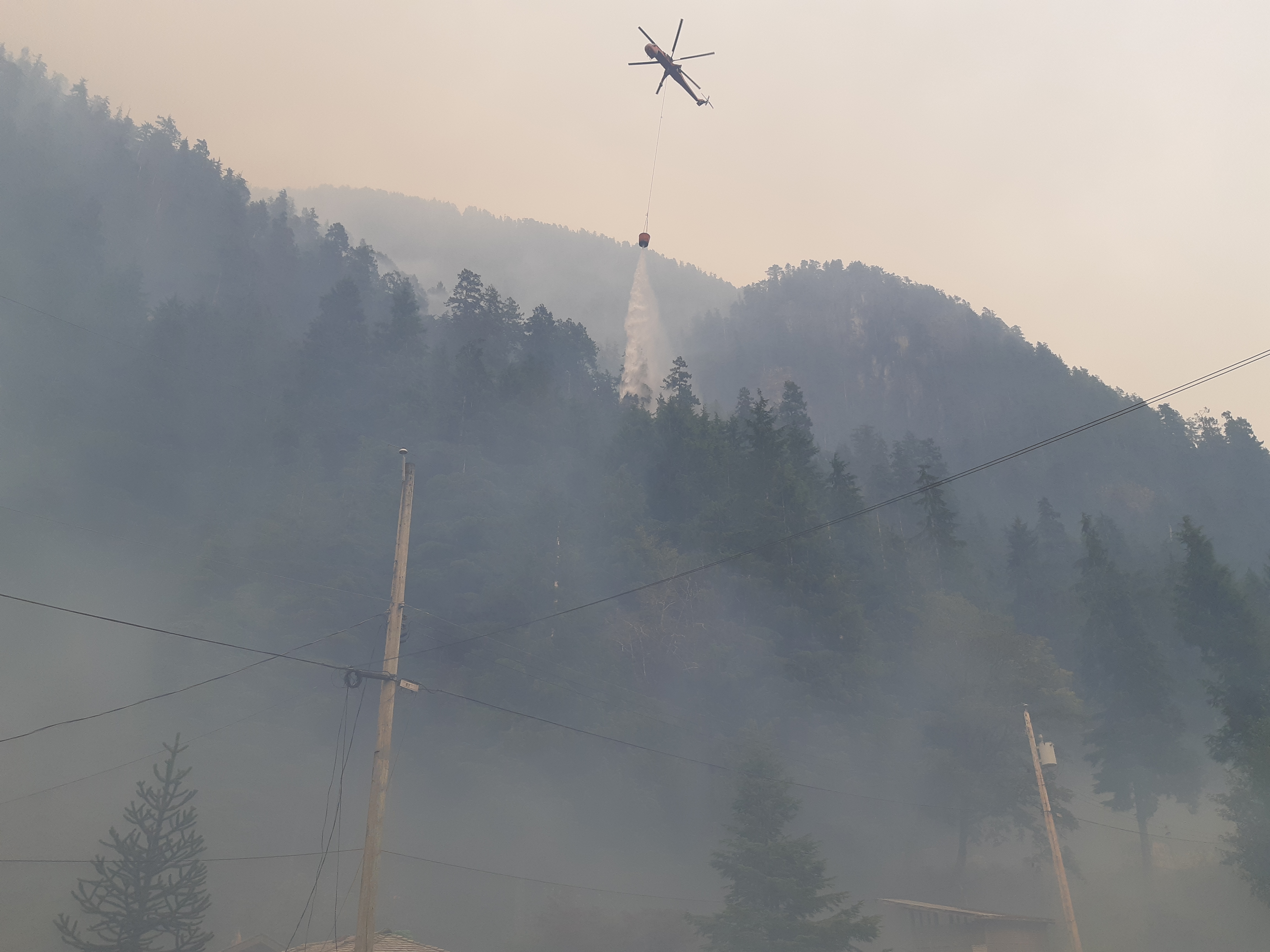 ZEBALLOS, B.C- Six homes in Zeballos have been ordered to evacuate.

According to the village’s website, the order, issued at 1:20 this afternoon, is for homes in the North Pandora and North Maquinna areas.

A 4:00 pm update to the site said that the Port Mcneill Fire Department is “still active within the community” and that the Comox FD Structure Protection Unit is actively setting up protection for exposed properties.

The evacuation order was issued for only the six properties with “risk of falling debris”.

The village is expecting a helicopter later this afternoon to bucket water,  according to them the fire was very active in the early hours but has “calmed down as the day progressed.”

The update said they would keep their fingers crossed that the fire stays in it’s present state, and that a “nice windless Zeballos rain storm wouldn’t hurt.”