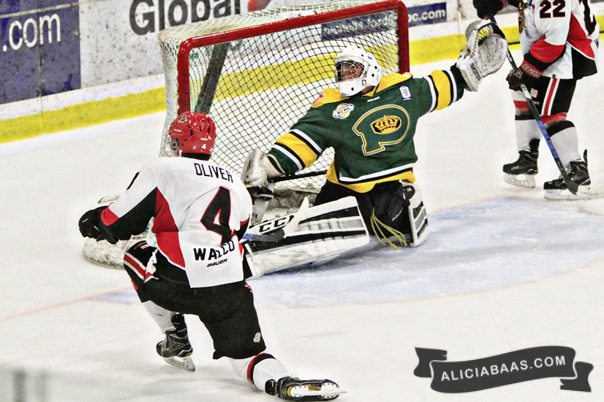 POWELL RIVER, B.C. – The countdown to puck drop is on, as the Powell River Kings look to pick up where they left off last spring.

In his first full season as the junior A squad’s head coach and general manager, Tyler Kuntz hopes the Kings will build momentum as the season wears on. The Kings fell just short of the league title series last spring, losing the conference final in an epic five-game battle against the Prince George Spruce Kings.

“We just want to keep improving every day,” he said. “If we can make each player better and improve how we play as a team, I think the sky’s the limit.”

Continuing the 30th anniversary celebrations that began in January, the Kings will salute the original 1988 Powell River Paper Kings team.

The Kings are also due to raise their 2018 Island Division championship banner, won last season by defeating the Nanaimo Clippers and Grizzlies to advance out of the division (or conference) for the first time since 2012.

Fans are encouraged to arrive early to Saturday’s game.

That’s because the Kings will be holding a tailgate party in front of the Hap with live music and entertainment.

Rotary Club of Powell River will be on site grilling up food, with all proceeds going to Jumpstart in Powell River.

Canadian Tire is the game night sponsor and will be on hand with contests and prizes for fans.

Up front, the Kings will rely on skilled forward Ben Berard, a Duncan product who led the Kings in assists (38) and points (67) last season and is committed to Cornell University in 2019/20.

Another player back in the fold is Mitch Williams, a 20-year-old who Kuntz says ” has good size, skates really well, has great hands.”

Adding depth to the forward lines are players who joined the team during the year including Kyle Kawamura, Ethan Kimball and Ben Thomas.

“They are really high-end players we think,” Kuntz said.

The defence will be anchored by Ben Raffler, Jack Long and Nathan Kelly, who made waves as a 17-year-old.

The Kings should be set in goal with Mitch Adamyk, who posted 14 wins last season with a 2.88 goals against average and a .910 save percentage.

“He should be an elite goaltender in junior A hockey for his last year as a junior,” Kuntz said.

Expectations-wise, Kuntz’s goal is to help as many players as possible graduate to the next level.

“We only have four committed players to NCAA schools. My No. 1 goal is to make sure we try to get as many as we can (committed to NCAA),” Kuntz said.

“If we get it into the high teens that would be what I’m striving for, as far as a coach because we want to develop them and (help them) get to the next level.”

To play at a high level, a team needs to be built on speed and intelligence, according to Kuntz.

“If you’re not an intelligent team that can skate, you’re probably not going to make it,” he said.