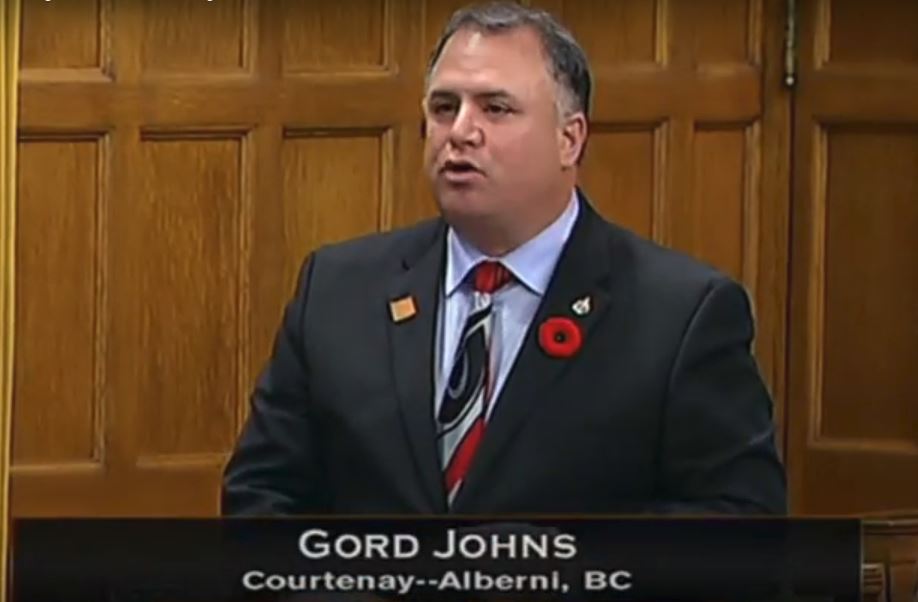 The motion, which calls for a framework for the reduction and eventual elimination of plastic pollution in aquatic environments, was passed unanimously (288-0).

“The passage of this motion with a unanimous vote is a tremendous victory for our oceans and coastal communities,” Johns said.

“It is a firm acknowledgement that direct and immediate action is required to fill the legislative and regulatory void related to marine plastic pollution in Canada.”

The motion drew on a University of Victoria Environmental Law Centre study, “Seven Reforms to Address Marine Plastic Pollution,” and identifies essential actions to fill what is currently a legislative and regulatory void when it comes to preventing and disposing of plastic pollution in our oceans and other bodies of water.

The recommended actions in the motion include regulatory action aimed at reducing plastic debris discharge from stormwater outfalls and the consumer and industrial use of single-use plastics.

Actions in the motion include:

“This is the first step in the journey to rid our oceans, beaches, and shores of plastic and other debris,” Johns said. “I look forward to continuing this important work on behalf of the people of Courtenay-Alberni and in a continued collaboration with the many environmental groups, local governments, the business community and Canadians everywhere to address this crisis in our marine environment.”

The passage of M-151 is the second motion moved by Johns to pass unanimously in the House of Commons in the last 30 days. On Nov. 6, Johns moved an Opposition Day motion on behalf of the NDP to re-invest $124 million in unspent funds for veterans’ benefits and services.