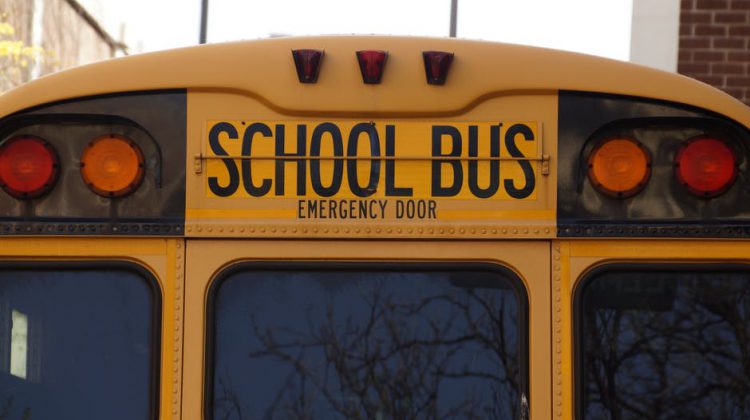 This is according to School District 47’s acting transportation manager Shaun Garvey, who noted that there are a handful of reasons why the district won’t be putting belts in buses anytime soon.

“We’ve had a bit of a lengthy discussion regarding that particular topic and it’s a topic that has quite a bit of history associated with it,” Garvey said.

Garvey said he did some extensive work on the topic when he was with ICBC.

“The district’s position, for want of a better term, is that while we believe that seat belts would be of benefit relating to the potential to reducing injuries, in the event of any collisions involving school buses, there are significant practical perspectives that we have issues with,” he said.

According to Garvey, a big challenge is enforcing seat belt use among the students.

Garvey said the driver’s focus should be on driving the bus, and not on ensuring that every passenger is wearing a seat belt.

He added that seat belts can be used as weapons by passengers.

“We have seen situations in other jurisdictions where students have used seat belts to assault, for want of a better term, other students,” Garvey said.

Seat belts on buses are a “solution looking for a problem,” he added.

“What I mean by that, is the amount of incidents involving school buses where there is any kind of potential injuries to a student are minuscule in their frequency.”

Garvey said buses are designed for safety, so students don’t “fly around the bus.”

“The only time where that would potentially would be the case is if we had a roll-over,” he said.

According to Garvey, there has not been a bus-related collision or crash of any sort in the past 10 years.

“Minor, major, or otherwise,” Garvey said. “Not even a fender bender.”

Then there are the cost implications. Garvey said it would be extremely costly to to install lap belts, which he said can cause internal injuries to students, especially younger children.

“School buses are not designed currently for having seat belts installed in them,” he said. “There would be multi millions of dollars that would have to be spent by every school district across this province and across the country if it was mandatory, to retrofit with seat belts.”

Garvey said the framing of the buses would have to be totally reinforced and rebuilt in order to facilitate the instillation of seat belts.