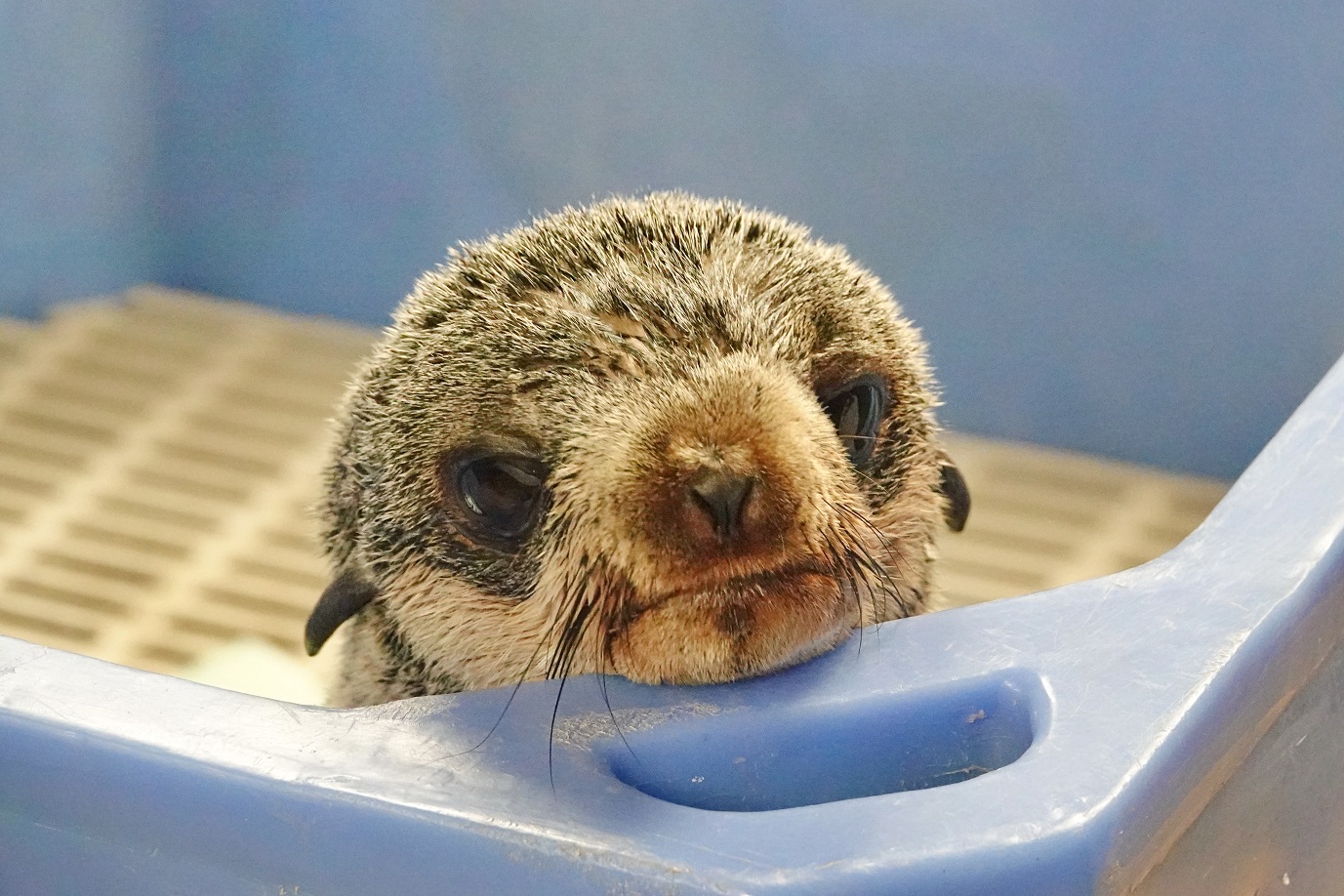 NORTHERN VANCOUVER ISLAND, B.C. – A northern fur seal pup is in critical condition, after being found alone off the shores of Vancouver Island on Monday.

The tiny pup is in care at the Vancouver Aquarium Marine Mammal Rescue Centre, an Ocean Wise initiative, after employees of a salmon farming operation spotted her swimming irregularly in waters near Hardwicke Island.

Strobel said staff is “a little worried about her.”

Estimated to be about seven months old, the pup was observed unable to dive and floating sideways when employees at the Mowi salmon farm rescued her, alerted Fisheries and Oceans Canada (DFO), and transported her to Campbell River.

The pup was flown from Campbell River to Vancouver on a flight donated by Pacific Coastal Airlines.

Since being admitted to the Rescue Centre Monday evening, she has been under intensive observation and treated with subcutaneous fluids, gastric protectants and antibiotics. The Rescue Centre team named the tiny pup Mo.

“She’s a 2018 pup, but very small for her age,” said Emily Johnson, assistant manager at the Rescue Centre. “She’s dehydrated and severely underweight, which indicates she is failing to thrive after being weaned, but she’s feisty, which is a hopeful sign.”

Strobel said staff are hoping that over the next few days, the pup will turn the tide.

Once her condition has stabilized, the veterinary team will do a more thorough physical exam in the next day or so.

Although the northern fur seal is not yet listed under the Species at Risk Act, the Committee on the Status of Endangered Wildlife in Canada has assessed its status as Threatened.

Their full range extends throughout the Pacific Rim from Japan to the Channel Islands of California.

There are six established rookery sites in the North Pacific region, where Northern fur seals mate, give birth and nurse their young.

At present, the species does not have an established rookery in Canada, although experts believe they did before the maritime fur trade. The four- to five-month breeding season is followed by a seven- to eight-month pelagic foraging phase, where the animals spend their time feeding mainly in offshore waters. The waters of B.C. are considered an important foraging area; the largest numbers occur in waters off B.C. from January through to June, approximately 20-150 km offshore.

The Vancouver Aquarium Marine Mammal Rescue Centre last responded to a northern fur seal two years ago, when it rescued, rehabilitated and released a male pup in 2017.

If you see a marine mammal that you believe is in distress, do not approach it and keep pets away.