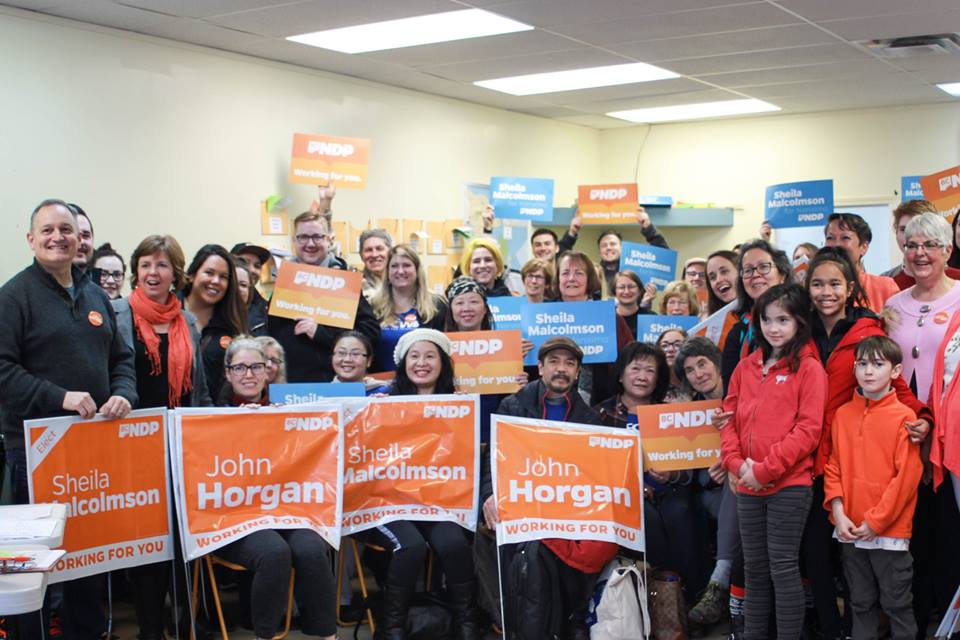 The Harbour City has determined where we are going with regards to the government in B.C. for the foreseeable future.

The NDP’s Sheila Malcolmson has walked away with the win in Nanaimo.

She beat the Liberal’s Tony Harris with close to 50 per cent of the votes at 10,538 votes.

The Green Party’s Michelle Ney was a distant third with just over 7 per cent of the votes or 1,579.

That win has given the NDP Green alliance 44 seats in the Legislature, one more than the Liberals 43 seats.

The win for the NDP is contrary to a Mainstreet Research poll released Monday that showed the Liberals’ Tony Harris had an 8 point lead.

The NDP pulled out all the stops in the by-election with more than 500 volunteers on the ground today helping people get to the polls.