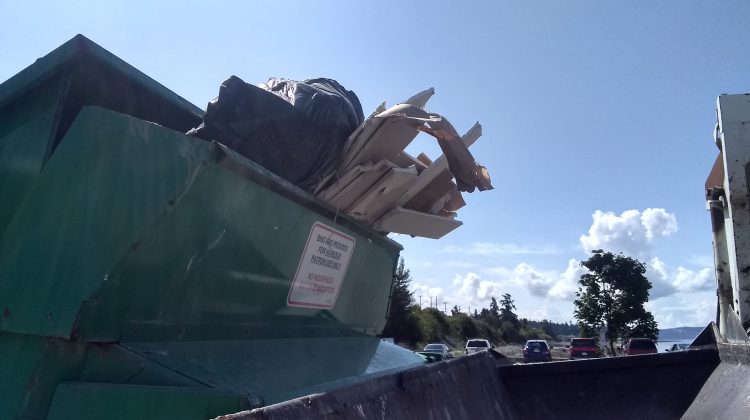 Dumping at city-owned garbage bins is becoming a problem.

“These bins are for harbour patrons,” said Roads Supervisor, Cam Reed. “We’re keeping them open to make it as convenient as possible for harbour users but we’re having a lot of other waste being dumped, like household garbage from residents in town, a lot of commercial debris and, I’m fairly confident, the odd bit of hazardous waste. And a lot of it’s coming from regional district people.”

Reed added there has even been a kitchen sink.

“This is just people trying to save a little cash and not take it out to Augusta Recycling directly or not putting it curbside for us to pick up,” said Reed.

The city has had to increase pick-ups from once a week on Fridays to twice a week during the summer because of the amount of solid waste. Superintendent of Public Works Murray Steer is telling people to not dump household garbage or any other things that shouldn’t be in these containers at the harbour or at the other public sites, like Willingdon Beach

“It’s been getting worse each year and this year it’s escalated to a point where we have increased our pickups which takes us away from other things,” said Steer.