UPDATE: Runway extension work pushed back due to weather 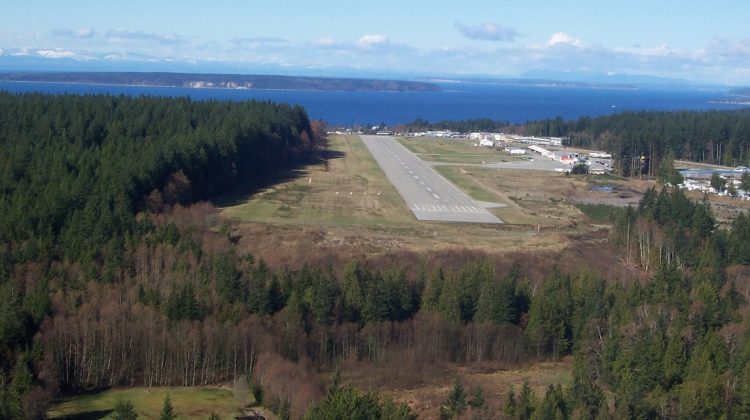 UPDATE: The City of Powell River says it’s pushed back the start of the runway construction to Sunday, September 15th at 7:30 pm due to inclement weather.

The Powell River Airport’s runway is getting an extension.

The project begins tomorrow. The $1.5 million extension is to bring the runway up to Transport Canada safety regulations. A BC Air Access grant is covering 75 per cent of the costs. The extension will run 60 metres on the runway’s west end.

“When completed, the runway will meet Transport Canada requirements for a flat 60-meter strip of ground that extends from the end of the runway pavement to act as a safety area,” said Airport Coordinator, Denis Dilworth.

The first day of construction will see crews working from 8:00am to 6:00pm. Then on Thursday the work will be done at night so as not to interfere with airport operations. The runway will be shutdown between 7:30pm and 6:20am, seven days a week for two weeks before switching to six days.

“This will not affect any of the regular day to day functions of the airport, but the runway will be closed at night” said Dilworth. “People in the vicinity of Duncan Street and Manson Avenue can expect construction noise.”

People along Joyce Avenue can also expect noise and some inconvenience. Approximately 2,000 truck loads will carry materials from Select Sand and Gravel, south of Powell River, to the airport. According to Public Works, there will be a dump truck arriving at the construction site every five minutes for the next four weeks. The truck route will follow Joyce Avenue to Duncan Street. After unloading at the airport, the trucks will return to Select along Padgett Road.

Mayor Dave Formosa is asking residents to be understanding while the important infrastructure project proceeds.

“We know there’s going to be some noise from these trucks, and we apologize to our citizens, especially people living along Joyce and near the airport,” said Formosa. “I think people will be patient and put up with the inconvenience because this is about safety at our airport.”

The contract was awarded to a Vancouver company.