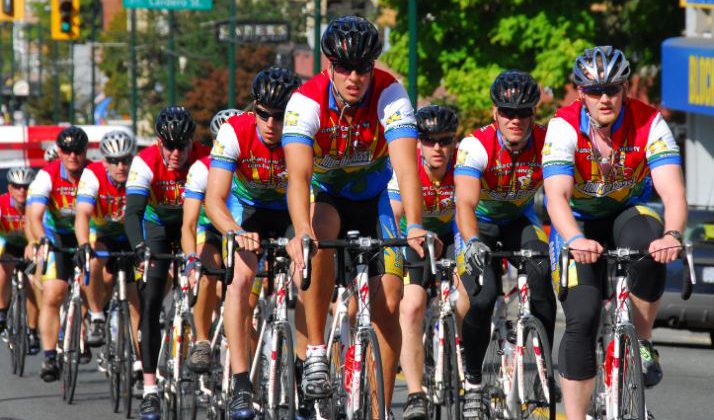 The city is welcoming the Cops for Cancer Tour de Coast riders into the city tomorrow.

The cyclists and support crews arrive at Saltery Bay terminal on the 9:10am ferry.

The riders are escorted by five motorcycle police officers and other support vehicles.

Occasionally, and only when necessary, for safety reasons, the cyclists will temporarily halt traffic briefly but there will be no diversions or detours.

On some sections of the route, there will be single lane traffic.

From Saltery Bay, the peloton will travel along Highway 101 and then into the city via Padget Road to Duncan Street at Manson Avenue, along Manson to Barnett Street and down Barnett Street to the RCMP detachment for lunch.

After a stop at Save-On Foods, the riders will make their way to Lund along Joyce Avenue to Alberni Street and onto Marine Avenue toward Lund.

After returning from Lund, the team will have dinner and stay overnight.

On Saturday, September 21, the tour heads out for Saltery Bay at 7:00am, arriving at Saltery Bay for the 9:20 ferry.