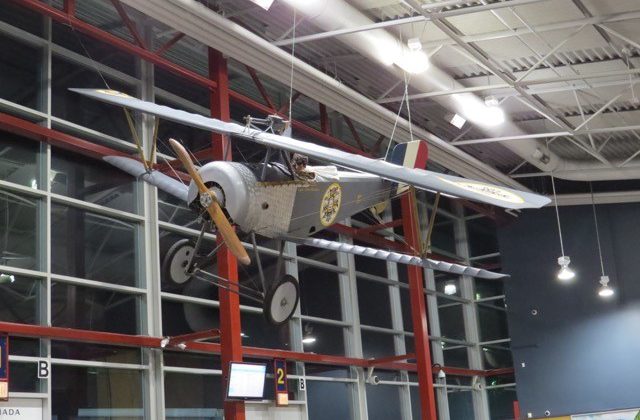 A special aircraft display has been installed at the Comox Valley Airport.

A replica World War I plane is now featured above the departures lounge, and it has a special meaning.

The 7/8th scale Nieuport 11 was built and flown by local aviation enthusiast Captain David Freeman prior to the 100th Anniversary of the historic battle of Vimy Ridge.

Captain Freeman started his career flying to local coastal communities and asked that the
Comox Base unit badge, and motto by local First Nations, “Ai Quanesut” be added to the plane.

The moto is from the Pentlatch language meaning “By Vigilance Prepared”.

Captain Freeman passed away in October but acting airport CEO Alex Robertson says the plane is a great way to honour him.

“Although we are saddened by his loss, we are grateful for the gift of this beautiful aircraft. His wish to showcase both Canadian aviation history and the contributions of the K’ómoks First Nation in a collaborative effort is commendable,” says Robertson. 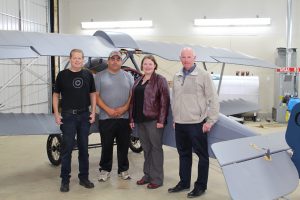 The Comox Valley Airport says the original design was created in consultation with K’ómoks Chief Andy Frank, and Chief Mungo Martin in the early 1960s, a few years before Captain Freeman was born.

The design was re-created by Chief Mungo Martin’s great-grandson, Hereditary Chief “walas `Namugwis” David Mungo Knox, and now embellishes the aircraft, along with a dedication to Freeman.

A storyboard display detailing the project will be created and installed for public display at a future date.