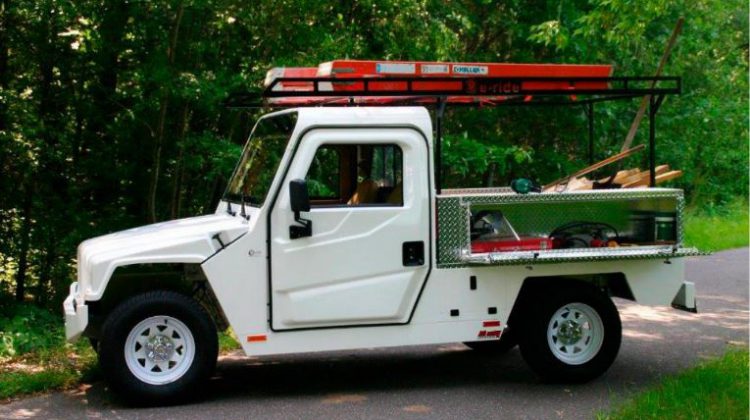 After passing first, second and third reading at council the City of Powell River moved closer to amending its Traffic Bylaw to permit the operation of low-speed electric vehicles on City streets.

If approved, the bylaw would allow specialized small trucks to operate on streets with speed limits of up to 50 kilometres per hour.

The public will have an opportunity to see what these vehicles can do when A&R e-ride Canada Electric Vehicles visits Powell River to give a demonstration on Saturday, January 25 at the recreation complex from 9:30 am to 12:30 pm.

“It’s a great opportunity for the public to see these vehicles in action. The City has been working to identify electric options for municipal vehicle replacements. These vehicles are typically significantly less expensive than conventional vehicles and can be a great option for many municipal tasks, such as landscaping and parks maintenance. They’re being used in other BC municipalities with great success,” said Sustainability Planner, Ana Lukyanova.

Lukyanova added, allowing LSEVs in Powell River will expand the range of EVs available for municipal operations and has the potential to offer more affordable, clean transportation options to our residents if more consumer LSEV models become available in Canada.

In 2019, Council adopted the Green Vehicles and Equipment Policy, with the goal being the reduction of greenhouse gas emissions and operating costs for the City’s fleet.

According to Provincial regulations, LSEVs are currently permitted on all BC roads with the speed limit of 40 km/hr or less. Municipalities in BC can additionally allow LSEVs within their municipal boundaries on streets with speed limits between 40 and 50 kilometres per hour through a bylaw.