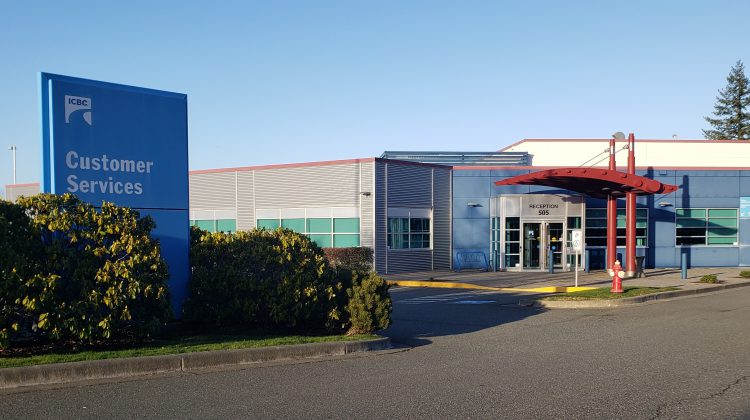 Photo of an ICBC Claim Centre, located in Courtenay, BC. (Taken by Jonathan Gauthier, MyComoxValleyNow.com)

The provincial government is introducing changes to make ICBC more transparent and accountable to its customers.

The office will be required to report out publicly, in plain language, on the type and number of issues and complaints it hears, along with its recommendations to ICBC.

ICBC will also be required to report publicly on actions it takes to respond to these issues.

The purpose of the office will be to give British Columbians greater confidence that ICBC is treating them fairly while also supporting people injured in crashes.

The fairness office will be appointed by the cabinet and be independent of ICBC’s claims arm.

The province says the office will not overlap with the role of the ombudsperson, who will still have independent authority to resolve ICBC issues.

ICBC will also be required to create, and submit a summary of its annual report directly to its customers, also in plain language, so that people can see how their premium dollars are spent.

Other changes are being made to help those who have been injured in a crash.

ICBC will be offering pre-litigation payments upfront so that money could be put into victims’ pockets sooner without the need to sue.

Previously, if a person decided to take an ICBC settlement, they had to agree to not seek additional settlement money.

The province is looking to introduce the new fairness office by the spring of next year.