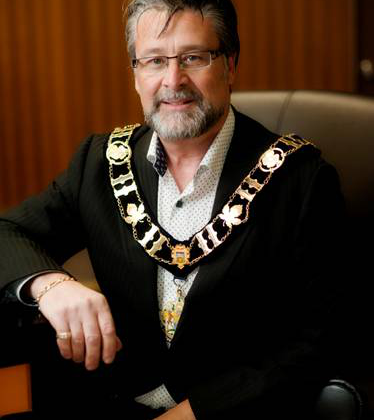 Powell River Mayor Dave Formosa is hopeful that the forestry workers strike is finally coming to an end.

This, after Western Forest Products and the United Steelworkers Union reached a tentative collective agreement earlier this week.

USW members will vote on whether or not to ratify the deal tomorrow and Friday.

The USW bargaining committee has advised that they will be recommending that its members accept this agreement.

This would put an end to a strike that has dragged on since July 1st.

Formosa said the strike is a “serious issue” that became much more serious as time went on.

He added that the labour dispute caused hardship on Powell River families.

“We have a lot of workers in the community that work in the forestry industry and (it) not only affected the people on the job logging but also the mill because of the fibre issues,” Formosa said.

Prior to the news of the tentative deal, Formosa said he was being called on to possibly assist in a meeting with Premier John Horgan to help push negotiations along.

“Subsequently, (I received) the great news that they have reached a tentative deal for membership to vote on,” Formosa said.

“I believe it’s Thursday and Friday of this week, the (ratification) votes happen. And let’s pray that it’s a positive and everybody can get back to work and try and put all this behind them. We’re really looking forward to seeing things get back to normal here in Powell River.”

Formosa said the impact on the business community was “spotty.”

“Certain areas felt it harder than others and I think that the community fared fairly well.”

The mayor believes Powell River, and the forestry sector, will recover: “We’ve always looked at the forestry industry as not a sunset industry. We believe the forest industry is solid, (and) will be here for many years to come but it’s while we’ve embraced the new economy, we work very hard at it.”

He points to the influx of new residents over the past three to five years, as an indicator of how the local economy is doing.