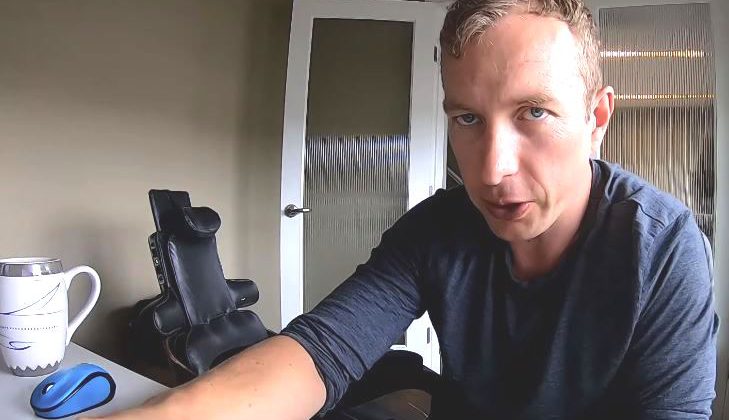 Julian White has made a video after his devices were hacked. He said that 'out of the blue,' he got an email saying that his password has been changed. (Supplied by Julian White)

A Comox Valley man is warning people about cyber scammers.

Julian White has made a video after his devices were hacked.

He said that “out of the blue,” he got an email saying that his password has been changed.

As he investigated further, he realized all of his accounts had been compromised.

As the cyber-attacks were happening, White said he felt isolated.

White said he’s still locked out of his email accounts that he has been using for 20 years.

“They start using those accounts to recover other accounts so basically every single account of (mine) has been compromised.”

He said the cybercriminals used every tool they could to draw as much information as possible from him.

“They were actually trying to port my phone number and take over my phone,” White said. “And they took over all my credit cards, and it just happened on a nice, normal blue day and the next thing you know you’re in panic mode. You can go to the police and they will help you a little bit but you’re on your own.”

White said that’s what motivated him to do the video, to explain to others what happened to him.

He compared it to someone breaking into your house.

“It’s almost worse because it’s like, someone out there that you’ve never seen before is targeting you, and I was targeted, make no mistake,” White said.

He said he had exact times and exact places of the attackers from Quebec but said he ran into “jurisdiction issues” with the RCMP.

“Those people were definitely where I thought they were, but there were all these other issues that are beyond my control,” White added. “It was totally frustrating.”

White said if you’ve been hacked, changing your password is not enough.

“They can still be in there so you have to make sure you are forcing the logout of all these devices,” he said.

He added that while an authenticated password is a good first step, it still isn’t enough.

“With all these dual-factor authentications and authenticator apps out there, all it takes is for someone to read your password, which is what happened to me. I’m not exactly sure how it happened. It could have been some sort of fake public Wifi or something. Just because you have a strong password doesn’t guarantee your security.”