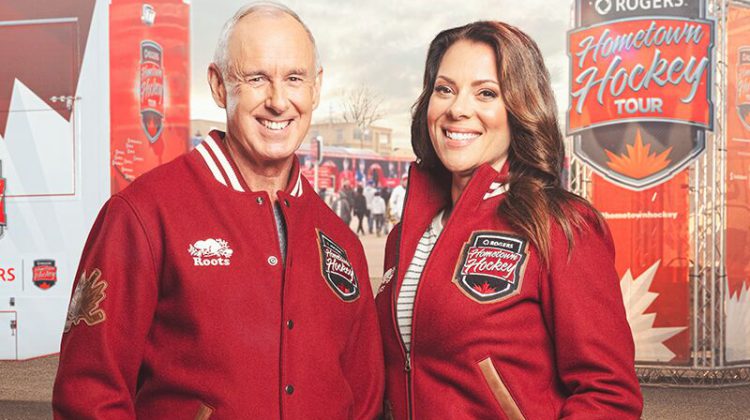 Ron MacLean and Tara Slone were scheduled to host from the Sportsnet Mobile Studio in Campbell River on March 22. The event has been cancelled over coronavirus concerns. (Supplied by Rogers Hometown Hockey Tour)

This comes after the cancellation of the rest of the Rogers Hometown Hockey Tour over coronavirus fears.

The tour was going to be in Campbell River next weekend.

“We fully understand the disappointment in the community of not having the event here,” says Deputy City Manager Ron Neufeld. “We completely respect the decision that Rogers Sports and Media has made and we also support that it’s in the best interest of the greater community.”

Though the city did put some funds towards promoting the event, he says those who hoped to attend are affected financially as well.

“There were folks who were planning to attend and may have made financial or travel commitments associated with that. So we recognize that there would be indirect costs as well, but direct costs to the city are relatively small.”

Neufeld adds maintaining the health of those in the community is of most importance and that the city is fully supporting the steps required to do so.

Along with the Strathcona Regional District, the city has decided to axe the events leading up to the tour as well.

This includes pop-up hockey, the events scheduled for Mar. 20th at Spirit Square and the free swim and skate at Strathcona Gardens.

“We obviously will provide our position that Campbell River remains interested in being highlighted through the Rogers Hometown Hockey series,” Neufeld says. “Campbell River’s not going anywhere soon, it’s still a great community. I’m sure there will be an interest again in the future.”