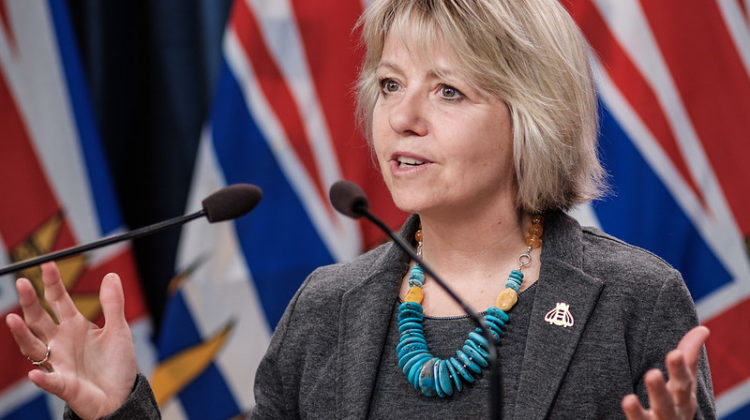 In the latest provincial health update for COVID-19, nine new cases have been announced.

The total number of cases in British Columbia now sits at 2,558.

Provincial Health Officer Dr. Bonnie Henry stated that 2,153 people have now recovered from the virus with 241 confirmed active cases in the province.

No new cases were reported on Vancouver Island, with the total staying at 127.

Dr. Henry says we need to get comfortable with Phase 2 of BC’s Restart Plan before moving forward.

“As things are progressing in the last week, we’ve seen that. We are becoming more comfortable with our social interactions, how this looks and how this feels. Businesses are reopening,” Henry says.

She adds that next week, in-class schooling will start again for many children across the province.

“As we know, that will be a mixture of in-class and at home with smaller numbers. It will look different from when school let up in March.”