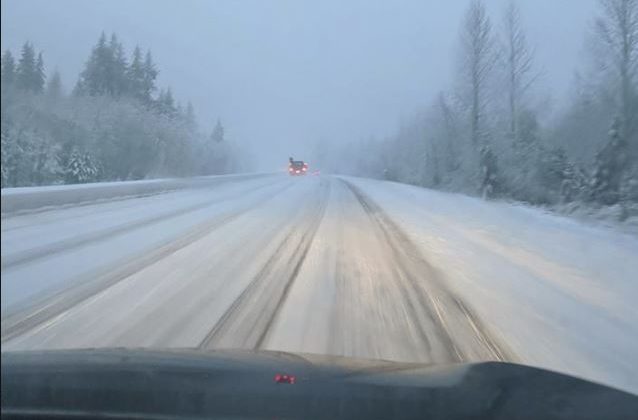 Get that shovel out, we’re in for some snow this weekend.

Environment Canada has issued a special weather statement for the Sunshine Coast, from Gibsons to Earls Cove, and Saltery Bay to Powell River.

It says snow is expected tomorrow night and Sunday morning for the Central Coast, Vancouver Island, the Sunshine Coast and the Lower Mainland.

“A cool air mass and low-pressure system will slide along coastal B.C. on Saturday. Snow is forecasted to begin Saturday night and continue into Sunday,” the weather agency says, adding that by Sunday afternoon, snow will become mixed with rain in many areas.

Potential snowfall accumulation varies from 2 to 5 cm for most of the Lower Mainland, the Sunshine Coast, inland sections of western Vancouver Island, and for Central Coast – Coastal Sections.

Meanwhile, eastern and inland areas of Vancouver Island are most likely to see the highest amounts of snow, with accumulations from 5 to 15 cm, especially above 200 metres; this includes the Malahat Highway.