Extension granted in efforts to save Patricia Theatre 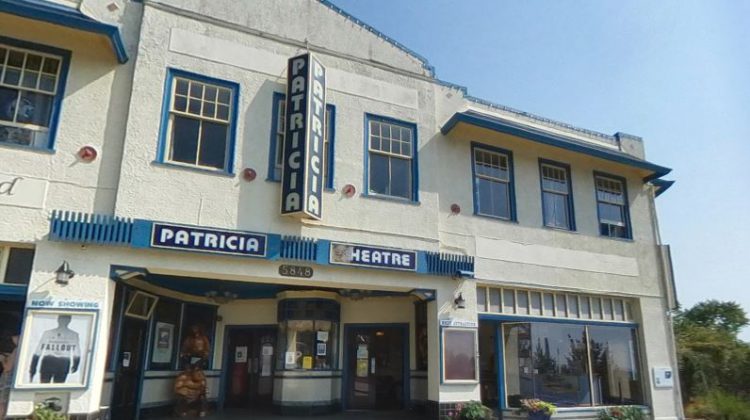 The group hoping to save Powell River’s venerable Patricia Theatre has a bit more breathing room.

The mortgage on the property has been renewed by the First Credit Union, and the purchase agreement between the Powell River Film Society and the Patricia Entertainment Company has been extended until Aug. 15th.

The society is devoted to preserving the over century-old theatre, but there have been some huge challenges.

In order to complete the sale, they have to pay the balance owing on the purchase, which amounts to $450,000.

They expect to have a mortgage to carry and hope to put just under half of that down.

“People often ask me how much money we need to raise, and how close we are to our goal,” said the society’s executive director, Gary Shilling.

“It’s a difficult question to answer. To date, our expenses related to the sale include an assessment of the property, inspection of the property, legal fees to create the sales agreement, a mechanical engineering survey, payments as per our sales agreement, and property transfer tax. All these expenses total more than $55,000, and that’s without paying anything towards the purchase price.”

According to their website, the PRCF is an independent corporation set up by the City of Powell River with 100 percent of profits going back into the community.

The society has a grant application in process with the PRCF.

In applying to the PRCF, they outline a number of criteria, including:

If the application to the PRCF is rejected, the society does have a couple of alternative plans to explore that will make finalizing the purchase much more difficult.

“Bottom line, we need donations more than ever,” Shilling said.

You can learn more about the theatre here.

The Patricia has been running since 1913 and is Canada’s oldest, continuously operating theatre.

The Patricia Theatre Forever fundraising campaign began in August 2019 with an initial goal to patch the leaking roof that was causing damage to the murals and interior structural elements.

By the time the Powell River Film Festival launched in February of 2020, more than $15,000 had been raised, and the roof was patched.

Thanks to the community’s response to the society’s fundraising campaign total funds raised now exceed $90,000.

The Patricia Theatre closed in March 2020 due to health restrictions resulting from COVID, and with zero income since then, money available to pay the mortgage, taxes, insurance, and utilities has run out.

To secure the sale and ensure ongoing financial commitments, the society agreed to support the mortgage, insurance, and taxes until the purchase can be finalized.