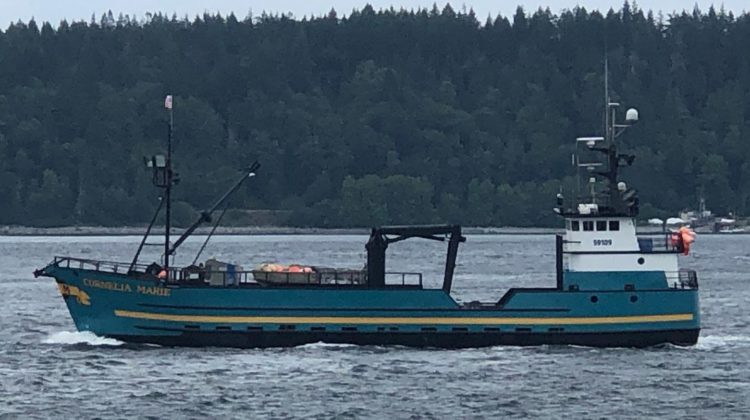 After a sailboat hit Rebecca Rock near Powell River, a boat from the TV show ‘Deadliest Catch’ offered to help the stranded sailors.

Just before 10:00 am on Sunday (June 6th), the Victoria Coast Guard relayed a mayday call from a sailing vessel that had run aground on Rebecca Rock, five nautical miles west of Powell River.

Wright says several vessels responded to the broadcast, with CCG Cape Caution and FRC Westview 1 on scene about 14 minutes after called.

Luckily, the two sailors on board weren’t hurt, and Wright says the sailboat was pulled off the rock by Westview 1. It was later towed to Lund.

But it’s noted one of the vessels that offered to help with the rescue was the Cornelia Marie – a US fishing vessel widely known from the Discovery Channel TV show, ‘Deadliest Catch’. However, because Cornelia Marie crews had an ETA of 30 minutes, Wright adds their help wasn’t needed.

It may come as no surprise for Cornelia Marie fans to see the ship sailing the Strait of Georgia. On May 29th, a post to the Deadliest Catch – F/V Cornelia Marie Facebook page stated crews were leaving Seattle and heading north. Later in the day on Sunday, the vessel was spotted sailing past the Discovery Pier in Campbell River. And as of this morning (Tuesday), crews are continuing their trek north, sailing past Annette Island near Prince Rupert.