COVID-19: 33% of B.C.’ers say an establishment failed to check for vaccine card 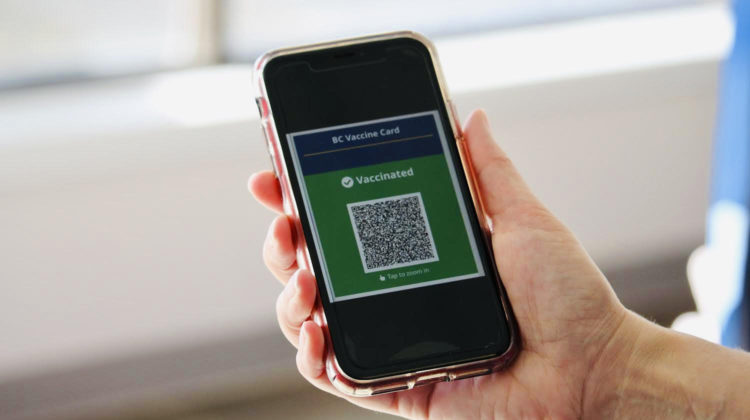 The results are in and it seems not all establishments in British Columbia are checking patrons for their BC Vaccine Card when they should be.

So says Insights West, as it points to data from its new survey that found one-third of B.C.’ers haven’t been asked to show proof of vaccination upon entry to certain businesses. And of that group, about half have experienced this multiple times.

For Insights West president, Steve Mossop, this came as a surprise.

“Our poll also clearly shows that those businesses who don’t comply with the mandate are subject to the backlash of people who are in favour of the new rules,” Mossop said.

The survey, conducted online between Sept. 22 and 26 – less than two weeks after the vaccine card became a requirement – included responses from a total of 826 B.C. residents.

Results found establishments not complying with the requirement could see negative consequences, as almost two-in-three survey respondents said they would act on the matter. In fact, 29 per cent said they wouldn’t go to that business again.

As well, Insights West found 10 per cent of respondents have actually witnessed negative interactions at an establishment during the vaccine card checking process, including people refusing to show their card or being rude or difficult to employees.

However, 77 per cent of respondents do in fact support the system, with 59 per cent ‘strongly’ in support and about one-in-five, or 20 per cent, opposed.

According to Insights West, since the BC Vaccine Card requirement rolled out, many people feel more confident about returning to pre-pandemic behaviours.

It says, in all, about two-thirds feel more comfortable going to a restaurant or bar, the movie theatre, weddings or conferences, live concerts, and gyms and other recreational activities indoors, while the remaining third indicated vaccine cards don’t make a difference in their comfort level.