No injuries after local home scorched by intense fire 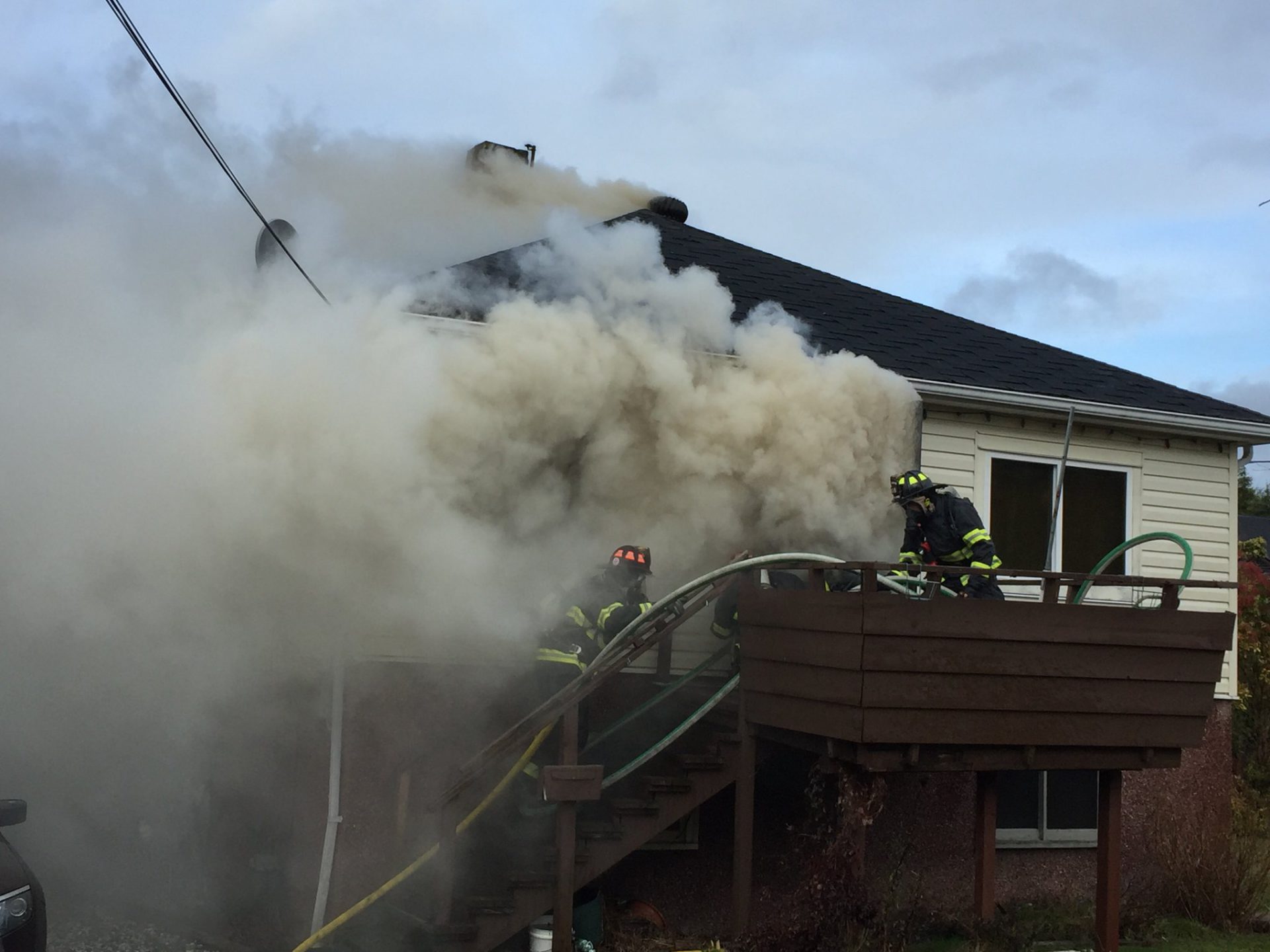 POWELL RIVER, B.C- A home in Powell River has been left severely damaged after a fire on Thursday afternoon.

According to Rocky Swanson, the deputy fire chief for Powell River Fire Rescue, the call came in around 1:45 pm for a chimney fire on Kamloops Street. Once firefighters arrived on scene, they found that the blaze had expanded from the home’s basement up into the attic of the structure.

Burning furniture caused heavy smoke damage throughout the building, and fire damage was also sustained throughout the home. Swanson indicated that firefighters were eventually forced out from the structure, before ventilating the top half of the building and managing to knock down the fire.

Only one resident was home during the fire, who Swanson described as a “very tough” elderly man. He was taken to hospital, treated, and spent the night with family. Swanson also said he wasn’t aware of any pets being home at the time of the fire.

“I could not be more proud of our fire fighters today,” wrote Swenson, on the department’s Facebook page.

“They worked fast and hit this thing hard. A seemingly basic fire that had a multitude of dangerous situations that had to be dealt with quickly in a coordinated attack above and below, and they did it all. Thank you everyone for the exceptional work today. All our men and woman went home safely.”

Swanson believed the fire had started in the basement of the home, and didn’t think it was suspicious.