“We didn’t get everything right”, says Island Health on new hospitals 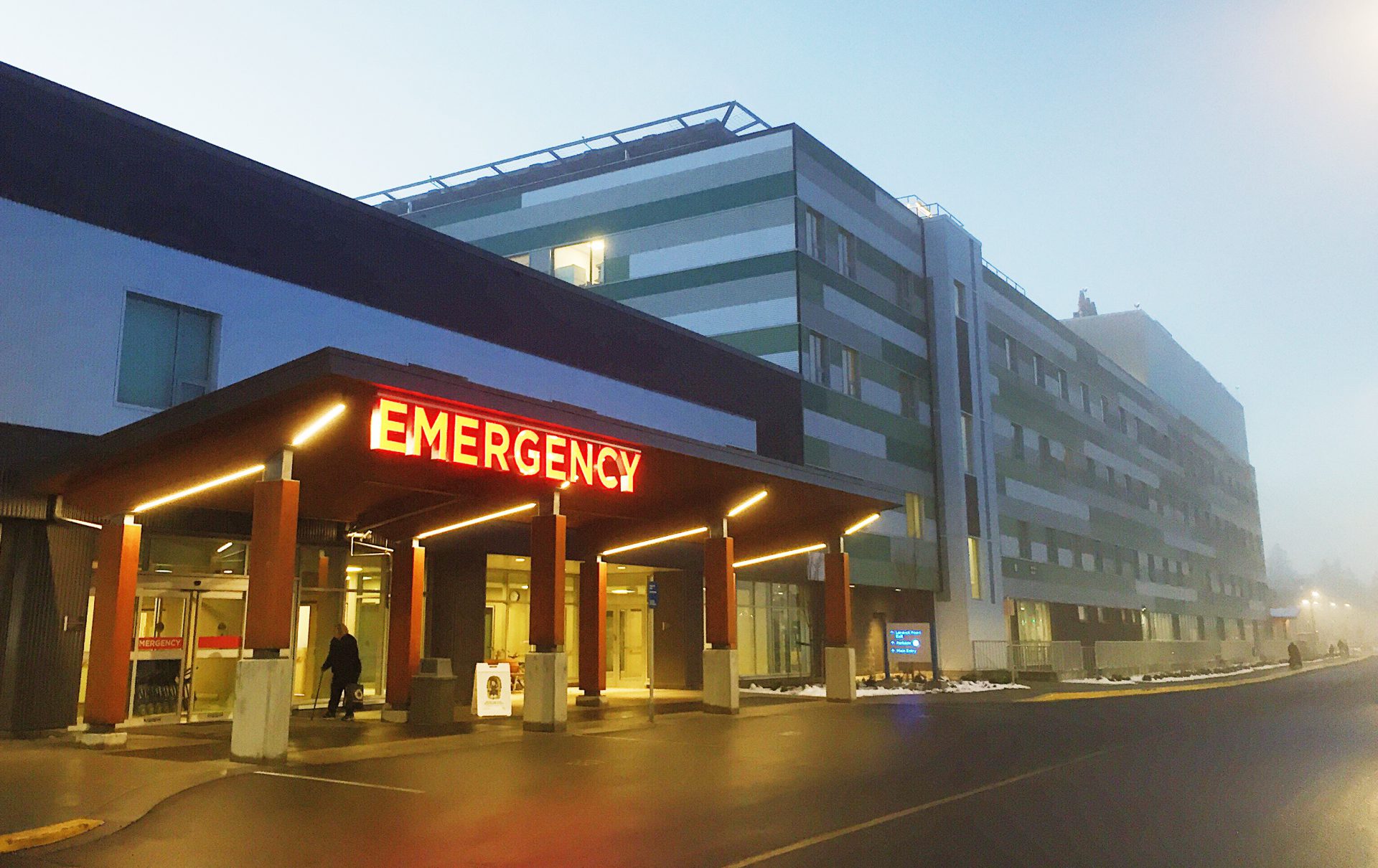 COURTENAY, B.C- Island Health has acknowledged design issues with the new hospital in the Comox Valley.

According to a pair of reports from Decafnation, a blog run out of the Comox Valley, the planning process for the new facility resulted in a design that left the new hospital unfinished and it’s staff overstretched.

98.9 The Goat reached out to Island Health to get more information about the blog’s findings. The reports had mentioned a lack of corridor traffic mirrors, as well as no planned storage space for paper records resulting in the employee gym being used instead.

It had also touched on morale surveys being taken among hospital staff, and other general issues arising from a lack of space in the new building.

According to Jeff Beselt, the Executive Medical Director of Island Health responsible for the hospitals in the Valley and in Campbell River, the transition process over to the new facility is ongoing.

While he did state that not everything in the Decafnation report was accurate, he acknowledged many of the issues being reported were happening in both hospital campuses.

“I think it’s great to have the chance to have the dialogue, because these are very important buildings for this area,” said Beselt.

Turning first to a lack of mirrors in the hospital’s corridors, Beselt stated there were “incomplete elements” in both the Valley hospital and Campbell River, such as signage and corridor mirrors.

“There are lots of ways that you thought you were going to do things, but once you have people working in the building, and you have patients and their families there, things do become adjusted,” said Beselt.

“The plan was to have some signage, and then have flexibility to adjust the signage, as well as mirrors.”

He indicated that the plan from Island Health is to collect feedback from staff, and use that feedback put in infrastructure where it’s needed.

“The evidence would tell us that it’s actually best to allow the users, when they’re using the facility, to learn and help guide us in terms of signage,” said Beselt.

“That’s absolutely what’s happening, and there will be permanent signage and mirrors that will be completed based on that information.’

As for the storage of physical medical records in the gyms of both hospitals, Beselt confirmed that was taking place as part of an “interim strategy”. The gyms have been completed, with equipment purchased.

“This is something we were working through in the background,” said Beselt.

“As we continue with our health records strategy, that will allow us to use our staff gyms in both campuses, and I’m really excited for that day. I can’t wait to use it myself.”

According to Beselt, planners had recognized the importance of staff having “timely access” to medical records, and the plan is to have a portion of records stored in the hospitals, while both campuses have another structure built or put in place to house the rest.

“That is changing with time, and as technologies evolve, and right now, we can get access to that (timely access),”

“Having that immediately adjacent to the facilities is really important, and so we’re just working to implement that, so that we can have use of some of the spaces such as the staff gym.”

When it came to employee morale surveys, Beselt indicated that there have been at least two done in 2017, with a third planned for next week. He also said that Island Health would be “really happy to share” the results, though he couldn’t comment on how that would be done.

Overall, he acknowledged there were issues at the hospitals linked back to the planning process.

“Together, we made lots of decisions,” said Beselt.

“Some of those were great decisions, some of those were good, and some of those are decisions that we didn’t quite get right. That is really part of our journey. These are facilities that we’re going to be using for 50 plus years. As we become more adjusted to working inside them, absolutely, we’ll be reevaluating how we use the spaces within them.”

He also said people going to the hospitals wouldn’t be able to see where changes had been made in the design process.

“We weren’t always able to accommodate everything, and that’s hard, because we’re really trying to do the best we can with the incredible investment and opportunity we were provided,” said Beselt.

“I would definitely say that we didn’t get everything right. Having said that, I am so proud of the time and energy that people locally put in.”

He believes that over time, staff will become more used to the new facilities, and expressed a hope that employees would be able to speak up about their views on their workplaces.

“Sometimes our intent is strong, but don’t always provide the environment in which people can come and tell us how they’re feeling,” said Beselt.

“For me, that is probably the most important thing. If we have an environment where people can share information, we’ll get to where we need to get to.”

He remains proud of the care being provided in both hospitals.