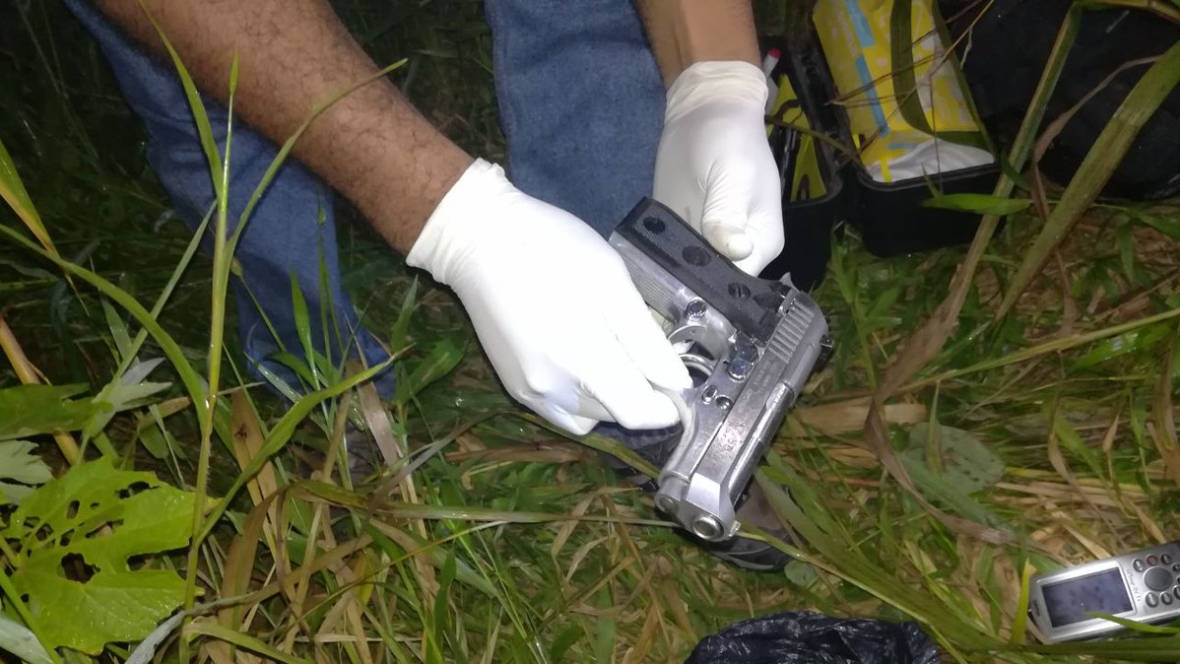 UCAYALI, PERU- Peruvian officials have said a gun used to shoot a shaman last week belonged to the man killed in the wake of her death.

According to reports, the announcement was made via Twitter by Peru’s office of the public prosecutor, which also released a photo of the weapon, a 9-mm Taurus pistol.

Woodroffe was killed on April 19 in a part of Peru’s Amazon, in the Ucayali region. Two men have since been arrested for their involvement, after they were shown dragging Woodroffe by the neck with a noose.

Authourities in the country have since announced they found a document which showed Woodroffe bought a gun on April 3 from a police officer, and that a witness testified about a silver-coloured pistol falling from Woodroffe’s backpack after villagers grabbed him prior to the lynching.

Woodroffe had travelled to Peru to learn about plant medicine, and was believed to be learning from Olivia Arevalo, 81, the elder of the Shipibo-Conibo tribe who was killed.

He had been hoping to become an addictions counselor.

Friends of the man, who lived in Cumberland and Courtenay, have publicly said they doubt Woodroffe was involved in the shooting.