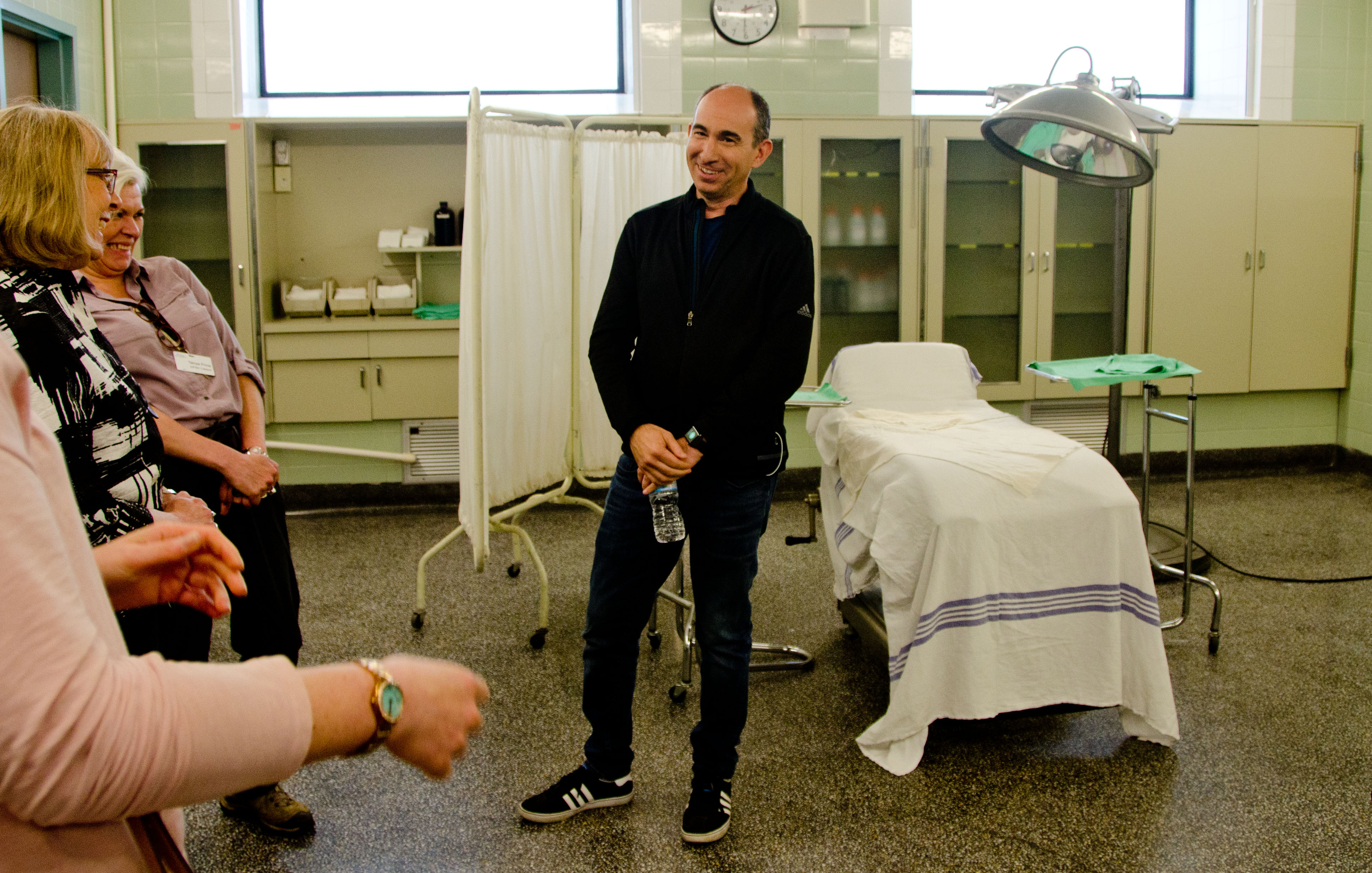 COMOX, B.C- Work on a TV miniseries at the old St. Joseph’s General Hospital in Comox has been going well, according to “Unspeakable” director Robert Cooper.

The series, which has been shooting in the Comox Valley since the start of this week, is based on the tainted blood scandal of the early 1980’s in Canada. Cooper, who is known for his work in science fiction productions, is coming to the story with personal experience of the scandal, having been born with hemophilia, which prevents blood from clotting.

“It can affect you in minor or major ways,” said Cooper.

“In the ’80s when HIV and other infectious diseases like hepatitis were infiltrating and affecting the blood system, hemophiliacs – because they depend on blood; take a lot of it – were largely affected by that unfortunate situation.”

Cooper did not contract any diseases during the scandal, after his parents fought to keep him on an older blood product.

However, the experiences of that time and other research have gone into the production of the miniseries, which will be shown on the United State’s Sundance Channel and the Canadian Broadcasting Corporation by next January.

While the production is based in Vancouver, the Comox Valley Airport and the old hospital building are both being used. While the airport stood in for a Swedish counterpart, the hospital is being used to stand in for hospitals in Toronto, Vancouver, and Montreal, due to the variation of looks from floor to floor.

The production is Cooper’s first time shooting in the local area.

“There are certainly logistical challenges around it because we were a production that was originally built to work in Vancouver, but it’s something we’ve been looking at since the opportunity was presented to us in the fall,” said Cooper.

“Our production team has done an amazing job making it an incredibly seamless process.”

According to Joan Miller, the commissioner of the Vancouver Island North Film Commission, there were great responses to the pitching of the hospital as a filming location.

While visiting the shoot on Thursday, she said she was happy to see the parking lot at the old building full of production vehicles, and estimated around 30 recent graduates of North Island College’s film and TV training course were working on-set.

“For us, it’s really validating that the vision that we had with the college to do some short term training, to help grow our crew base, and that people would get work, and that we would attract more production, it’s a pretty amazing feeling to think ok, we’ve done it,” said Miller.

Shooting in the Valley was set to finish by Friday, and the production should finish up by the end of June.