Costs for wastewater plant rise up by more than $30 million 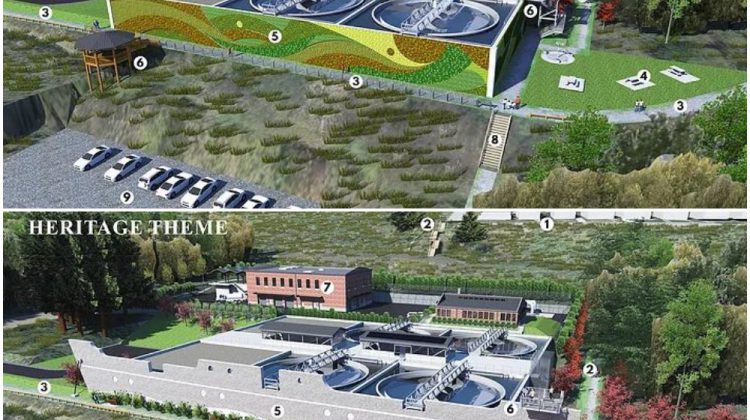 POWELL RIVER, B.C. – There are two design options for the new wastewater treatment plant in the Townsite neighbourhood of Powell River.

However, with these design options comes a boost in project costs. Initially estimated at $30 million, the project could now cost around $66 million, according to Powell River Councilor Russell Brewer.

“Of course, it’s an early estimate and there are a lot of questions around what the implications of that would be,” he said.

“There are all kinds of unknowns there. We are obviously hoping for some federal infrastructure money, so that would be a lot cheaper for us.”

Brewer said there are a few reasons why the project cost estimate jumped so high.

“In one respect, it doesn’t surprise me that it’s gone up a fair bit. I think it has been a while since we were first looking at estimates for what a plant might cost,” he said.

“Costs have gone up. There’s lots of large infrastructure projects being put out there, and I’m hopeful that if and when we actually get around to putting out a request for bids on a final design project, that the cost would come in less than that ($66 million) as they did with the (Haslam Lake) water main project. That came in quite a bit lower than we had initially estimated as well.”

He said the important thing to know is that they are still in the final stages of the design process.

The first design option is being referred to as the Heritage theme. The exterior wall will feature the outline of a hulk at anchor being loaded by gangway and heritage-inspired buildings.

The Heritage Theme building has an estimated price of $65.7 million.

The second option is the Natural Integration theme. It would feature a greenwall containing live plants. The cost estimate for that design comes out to $67.4 million.

“The Natural Integration theme is a lot pricier, but I prefer that one,” Brewer said.

Residents will be able to share their thoughts and ask any questions about the design options at an open house on Thursday, May 10th from 5 to 8 p.m. at the Powell River Recreation Complex.

More details about that open house can be found through this link.

Further details about the wastewater treatment plant project can be found at prwastewatermanagement.ca.