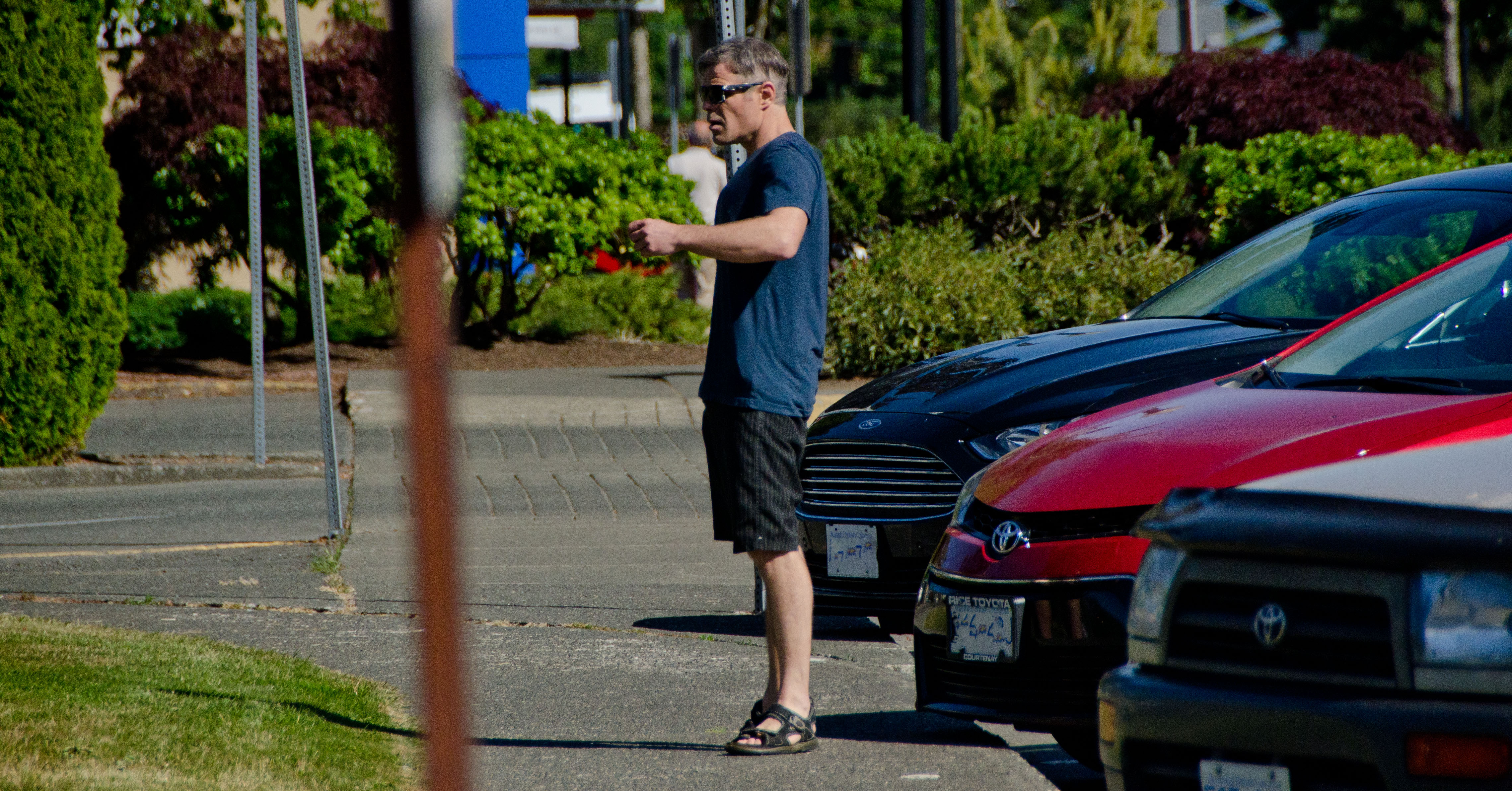 COURTENAY, B.C- A man charged with aggravated assault after a cab driver lost their fingertip appeared in court today.

Peter Valdal was charged after an incident took place in Courtenay on April 28 in the 400 block of Ryan Road.

During the incident, a taxi driver with Comox Taxi lost one of their fingertips in an altercation with a passenger.

According to a news report from the Comox Valley Record,  the male driver had picked up the male passenger at the gazebo at Simms Park. The passenger then became aggressive, shortly after the ride began.

The tip of the finger was then bitten off by the passenger, according to the news report.

During his court appearance on Thursday, Valdal did not have a lawyer. His case was then put over until June 14, in order for him to speak with counsel.

Asked for comment after leaving the courtroom, Valdal indicated he did not remember anything that had taken place during the incident. He declined to make any further comment.

Image Caption: Peter Valdal is pictured outside the Courtenay courthouse on May 31st, 2018. Photo by James Wood/98.9 The Goat/Vista Radio