Deer and rabbit on Vancouver Island have “Bambi and Thumper” moment 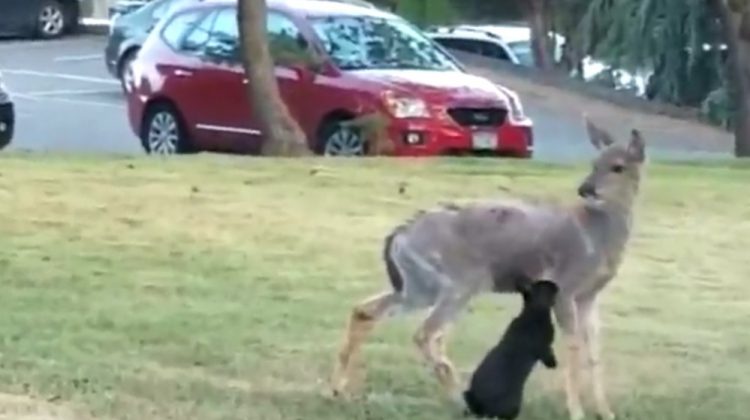 COMOX, B.C- A pair of wild animals in Comox could have starred in a Disney movie recently.

A young deer and a black rabbit were caught on video playing together in one of the community’s downtown parks by Tomas Avendano, a visitor to the Island.

Avendano posted video of the pair last week to his Facebook page, where it has since been viewed thousands of times.

Video courtesy of Tomas Avendano, who captured this young deer and black rabbit playing together in downtown @TownofComox. Disney moment! Ever see anything like this @paulrodneyives? #comox #comoxvalley #bc pic.twitter.com/IjTZtSTPiN

Avendano told MyComoxValleyNow.com that he wasn’t expecting the video to go viral.

“I was just stoked to share it with my friends, who I knew would really love it,” said Avendano.

“It’s awesome to be able to share something that’s made a lot of people smile.”