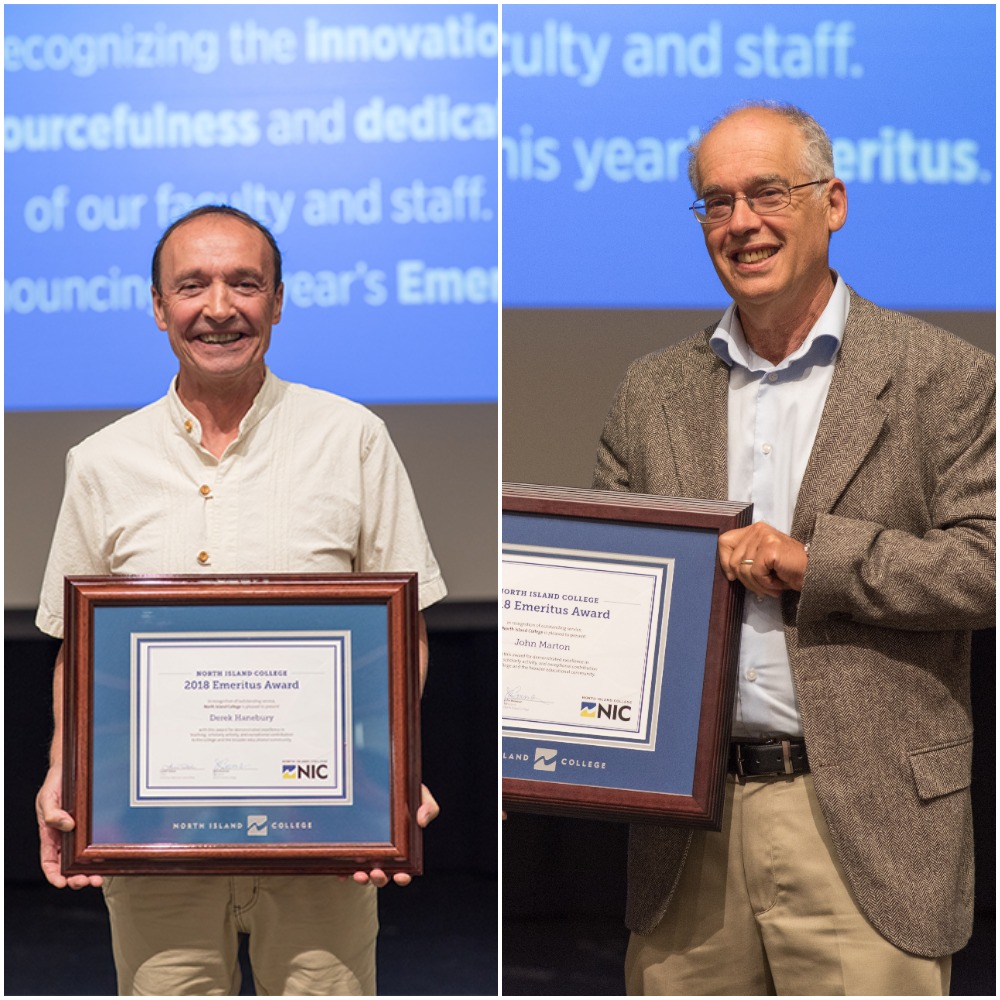 COURTENAY, B.C. – North Island College has recognized two of its faculty for their contributions to the school over the years.

An Emeritus designation allows retired staff the opportunity to continue their involvement with the college following their retirement.

This gives designees access to NIC facilities and services, as well as participation in research, mentorship and scholarship activities.

Marton taught psychology at the Comox Valley campus from 1993 to 2015.

“John was very invested in engaging and supporting NIC student success in community-based applied research projects,” said Bill McConnell in a release. McConnell is a current psychology instructor at the college.

Hanebury worked for 29 years at the college’s Port Alberni campus.

To be eligible for an Emeritus designation, recipients must have worked with North Island College for at least 10 years.

The two were honoured at a ceremony at the Comox Valley campus on June 1.