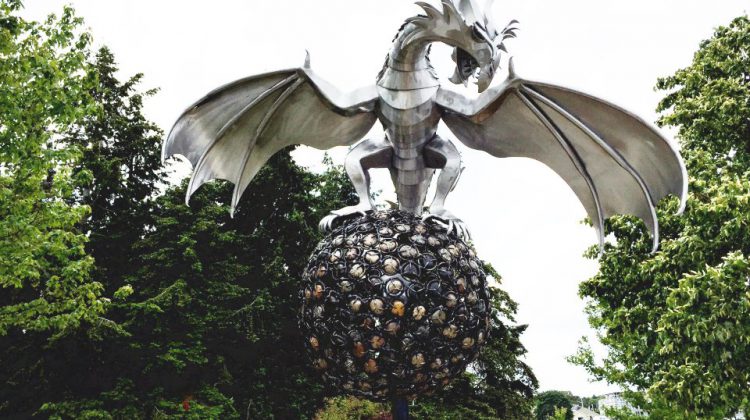 A popular piece of Nanaimo’s Temporary Public Art program has disappeared from its perch.

Chris Barfoot, Culture and Heritage Coordinator with the City of Nanaimo says the ‘Rock Dragon’ was illegally removed from a Nanaimo park sometime overnight Friday.

He says police are investigating and, “the weird thing with this is, there’s no damage to the project from where the piece was removed so it looks intentional and the thieves would have had to have been prepared.”

He says not only did they take public art but they took away a chance for the artist to share it with the community.

It was created by Powell River artist Heather Wall and, Barfoot says, its disappearance is also a setback for the City’s Temporary Public Art program in which artists from across Canada apply to have their artwork displayed.