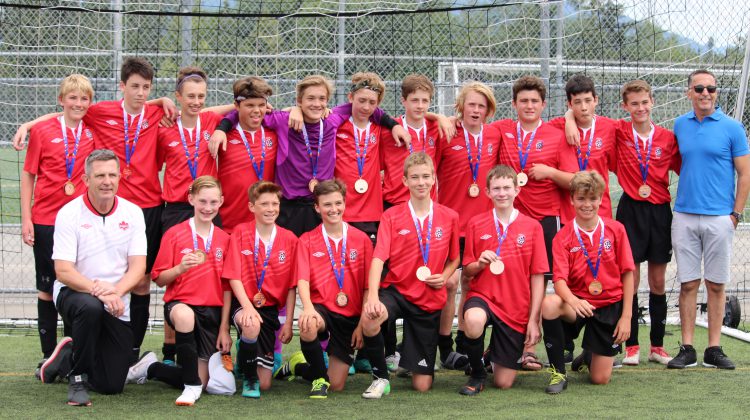 The Powell River Energy Under-14 boys’ rep team earned bronze at the provincial tournament this weekend.

The team’s first game was last Thursday. It was a losing effort against South Burnaby.

Final score was 2-0. On Friday, the Energy beat Nelson 2-1 with goals from Griffin Leach and Jacob Duyvestyn (a penalty shot for the win).

Saturday’s matchup against Prince George ended in a 0-0 draw. That put the Energy into the bronze medal game against the Vancouver KLM Mustangs on Sunday. Marcus Cramb scored in the first half to make it 1-0 for Powell River. The second half saw no goals with tremendous defense from the Energy for the 1-0 victory.