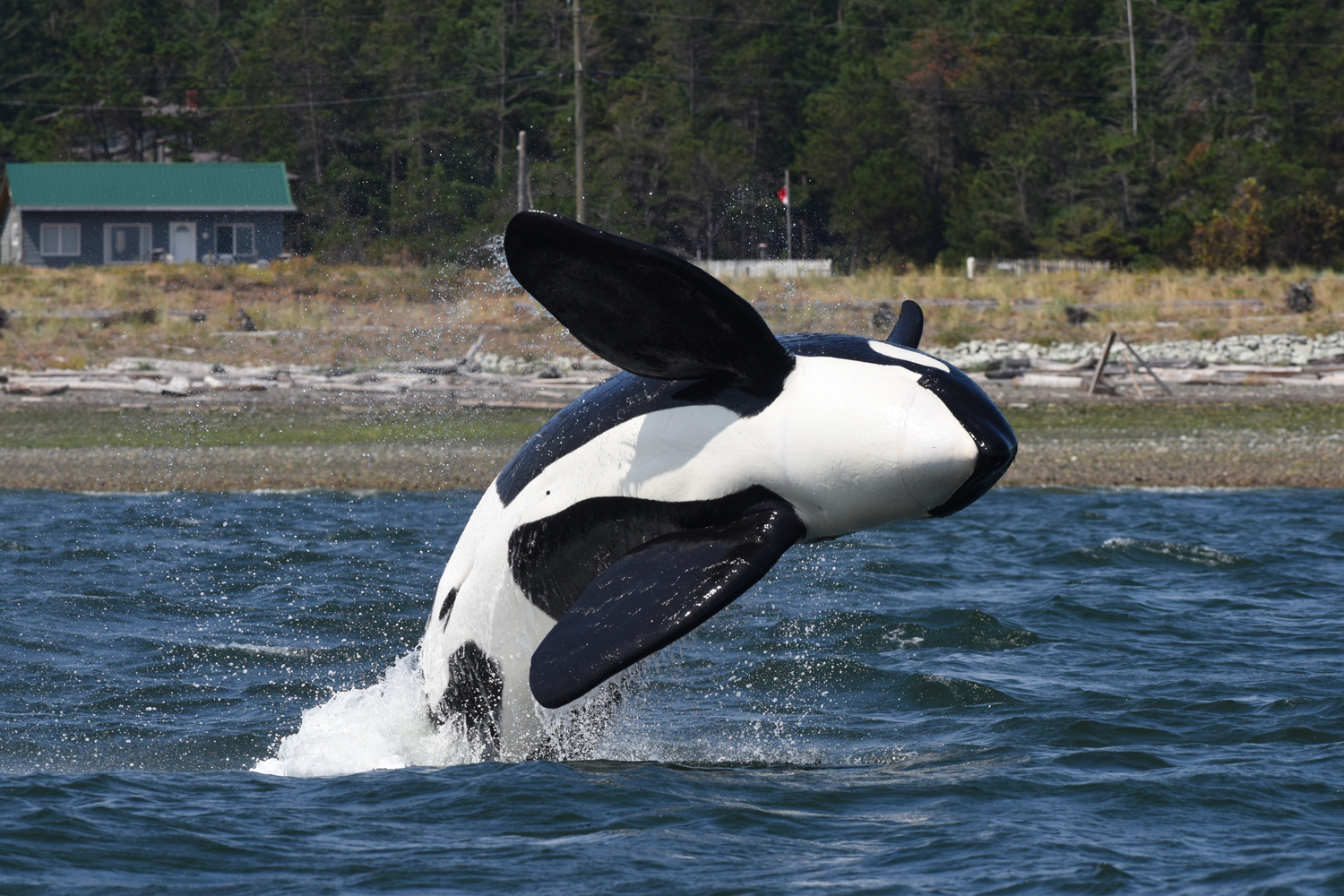 COMOX, B.C- The orca who paid a visit to Comox Harbour was lured out by the voices of his friends this afternoon.

According to the Department of Fisheries and Oceans (DFO), acoustic playback equipment was used to get the whale moving this afternoon. The agency used a set of recordings from a pod T073B had been travelling with in the past, which caught the animal’s attention.

“There was an immediate reaction when we did the playback,” said Paul Cottrell, Marine Mammal Coordinator with the Whale Rescue Group.

“We had to do it carefully, in short pulses, and basically we were able to stickhandle the way out of the estuary, over kind of a very shallow area over Cape Lazo and into deep water. The response from the animal was quite strong.”

Jared Towers, a killer whale technical expert, was in the boat that was using the pulse equipment. He said that the whale immediately began “porpoising” towards the vessel after the pulse, with both the boat and the orca heading out of the harbour and towards Cape Lazo.

Pulses were used every couple of miles, with the whale following close behind.

After stopping around Cape Lazo, and jumping a few times off of Point Holmes, the whale headed due north.

“We were monitoring the whale, and he made a run to the north and we never saw him again,” said Towers.

The recording chosen was from a pod that T073B had been “good buddies” with, according to Towers. Both workers stressed the importance of the recordings being used safely.

It’s not known where the whale is in relation to the pod he left around July 23, and it’s believed he no longer wanted to travel with the group. It’s also not known why he chose to stay in Comox Harbour for such a long time.

Towers did mention a string of similar occurrences with other lone killer whales since the 80’s.

“Each one of those animals had a different fate,” said Towers.

“In this case we’re just happy that we got this animal out of here before anything bad happened to him or anyone in the area.”

The decision was made today to lure the whale out, due to the risk of the orca getting used to the surrounding area and the possibility of an injury to either the animal or a human. It is not known if he’ll return, but a sighting elsewhere in the province is expected.

With the whales departure, plans for Nautical Days in Comox are expected to go ahead without change.

“They (DFO) had a plan this weekend if the whale was around to notify boaters and they may still have to implement that as they go, but for the time being, it looks like the whale is gone,” said Comox mayor Paul Ives, earlier in the day.

“In the vernacular of previous Nautical Days, Elvis has left the building.”

IMAGE CAPTION: Alaskan Transient T073B is pictured on August 2nd, 2018 off of Point Holmes in Comox. Photo courtesy of DFO.