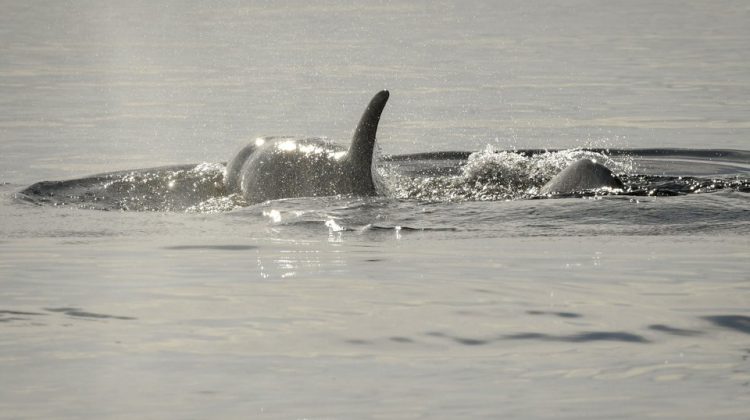 VANCOUVER ISLAND, B.C- Scientists are frantically searching the water off Vancouver
Island for a dying orca.

The four-year old whale is endangered and is starving to death.  The whale, known as J50, was last seen with its pod on Saturday night.  There are about six boats searching between Vancouver Island and Puget Sound.

A team of international scientists hope to get close enough in order to inject her with antibiotics.  Past sightings of the whale suggest she is lethargic and fighting an infection.  There are only 75 orcas in the southern population and J50 is one of the few who can reproduce.