Wildfire smoke will linger for the foreseeable future 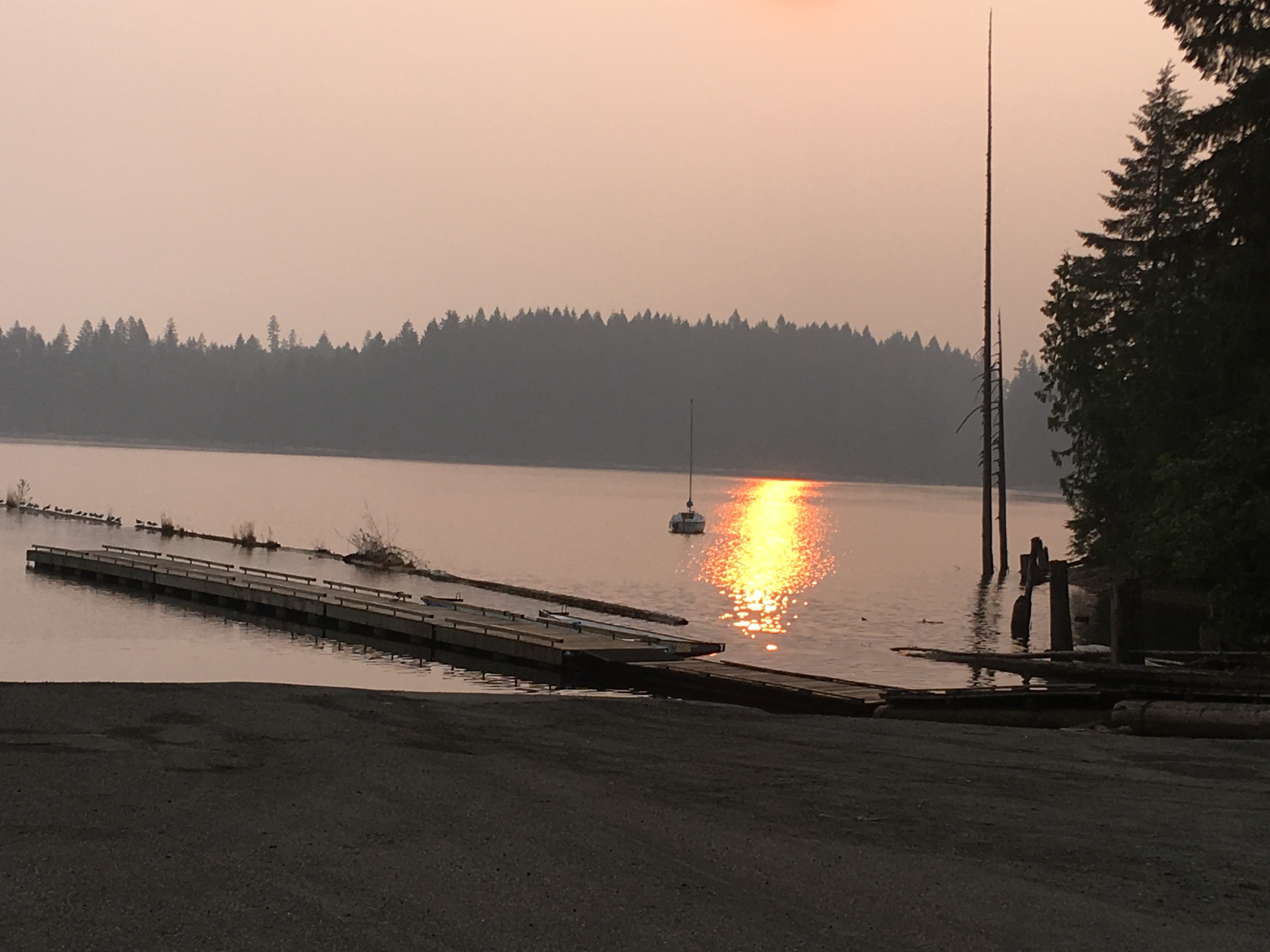 “There is not much wind in the forecast,” MacDonald said. “If anything, we might a slight improvement on Thursday and Friday as the winds come on shore a little bit. It might help mix out that boundary level, where people live. The air quality might get a little bit better but all that smoke aloft making for a very hazy sky is here to stay for the foreseeable future.”

Air quality will remain a challenge as much of B.C. remains under a smoky skies advisory. On Tuesday morning, Environment Canada issued a special air quality statement for Campbell River, Comox Valley, Duncan, and Nanaimo/Parksville.

The source of smoke drifting into the region is from wildfires burning across the province, combined with unfavourable wind directions. There are 30 wildfires currently burning in northern Vancouver Island, including two large fires near Zaballos and Tahsis.

“Right now we’re seeing more a northwesterly circulation loft,” MacDonald said. “As we head into the weekend we’ll probably switch into outflow circulation. So the air will be coming out from the Interior of the province out towards the coast. And as we know there are endless amounts of fires over the interior right now. We’ll probably switch from one smoke source to a different one.”

More bad news: there is little to no rain in the forecast over the next four or five days.

“Perhaps as we get into the beginning of next week there may be a little blip in the radar, a millimetre or two,  but I don’t see any major rainmakers for at least the next two weeks.”

IMAGE CAPTION: A hue of orange covered the landscape at Comox Lake on Tuesday morning, after a veil of wildfire smoke smothered the region. Photo by Troy Landreville/98.9 The Goat/Vista Radio