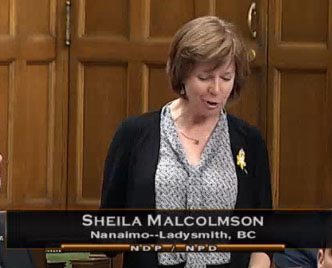 Nanaimo-Ladysmith MP Sheila Malcolmson has announced she will seek the BC NDP nomination for the upcoming by-election in Nanaimo.

That’s after Leonard Krog won the Nanaimo mayor’s chair on the weekend.

Krog says he will maintain his seat in the Legislature on unpaid leave until December 1st, or so, at which time he will submit his resignation.

“I will attend the session only if there’s an important vote. I continue to do my constituency work. I am in town. I am unpaid, my constituents will get good service, my office is open, my staff is there, everything is still functioning, I am still dealing with the Minister of Housing around the homeless issue in Nanaimo and will continue to do so.”

Liberal Leader Andrew Wilkinson says a number of well-qualified individuals have expressed interest in seeking the nomination, but he didn’t name names.

He says the door is open to others who may come forward.

The provincial riding of Nanaimo has been an NDP stronghold since 1963.

If the NDP can keep the seat, the NDP-Green alliance that governs the legislature would hold.

However, if the Opposition Liberals win the byelection, the legislature would be deadlocked in a tie and that would threaten the viability of the government and raise the chances we will have an early provincial election.