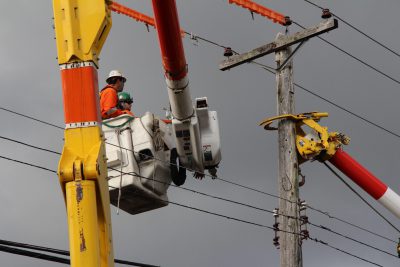 The utility says downed trees and bad weather has accounted for nearly 60-percent of the outages.

The utility’s own meteorologists say power outages are going to become more frequent as the province weathers more extreme weather.

On the plus side, the lights have been back on within 24-hours but the utility says customers should always be prepared for the worst case scenario.  That includes having an emergency kit with a flashlight, batteries along with water and non-perishable food on hand.